Couples in China can now have up to three children, but who is going to take care of them?

People play with children at a park in Jinhua, Zhejiang province, China, on Nov 5, 2018.

China will now allow couples to have up to three children, marking a major shift from the strict policies of the past four decades, but a lack of childcare options may limit the number of people willing to take up this option.

While China's birth rates have been on a downward trend in recent years, they may hit the lowest level on record this year as families delay pregnancy plans due to concerns over access to medical support or the safety of Covid-19 vaccines, according to a recent analysis by Jefferies Financial Group.

China's population census in May showed the nation's total fertility rate - the average number of children each woman will have - dropping from 1.7 in 2018 to 1.3 in 2020, below the 1.5 mark that usually heralds population decline.

Based on the present rate, China's population would fall to less than 700 million people by the end of the century from 1.4 billion today, Bert Hofman, a director at the East Asian Institute, told an online conference recently.

The decline comes amid changing gender roles, with many Chinese women saying they have no desire to get married or have children for fear that it would impair their career prospects or because of the lack of support for working mothers.

One mother of two, Shanghai-based beauty consultant Annie Xu, said she did not plan to have a third child because of high property prices and the competitive education system in the city - but childcare was also a concern. 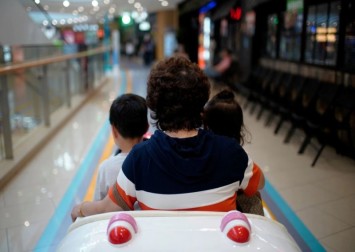 "It's OK if you have parents-in-law that are cultured and well-off so they know how to teach their grandchildren," she added. "But for us, we need to find outside establishments to take care of our children. They spend very little time with us and are quite lonely."

She also said that having another baby would mean having to find a bigger flat than the 50 square metre property she lives in.

One study conducted in 2017, published a year after China relaxed its one-child policy, found that many other professional women considered the willingness of their own parents to care for children as a major factor in whether to have children.

The author Zhang Yongmei, a postdoctoral fellow at the school of public administration of Zhejiang University, told the news site ThePaper.cn that the new three-child policy "may have a limited effect in enhancing the willingness of professional women to have children".

In her 2017 survey of 2,145 professional women of childbearing age, only 2.4 per cent said they wanted three children, she said.

Zhang calculated that each child took a woman out of the workplace for about three years, meaning that three children would lead to a career break of almost 10 years, which has a "great impact on career development".

Zhang said changing attitudes also meant that grandmothers might be more reluctant to take on the burden of caring for children and if the government wanted to increase the birth rate, it should increase parental leave to three years - part of which should be taken by fathers to ensure mothers are not further penalised in the workplace.

She also argued there should be better public childcare services and incentives for family childcare, such as subsidies for intergenerational carers.

On Weibo, Zhang's interview attracted more than 26 million views, with many agreeing that the childcare burden needed to shift from being mostly on women. "It's better to let the husband and parents-in-law get involved: after all, the children have their surnames," one wrote.

A survey launched by the China Population and Development Research Centre in 2020 found there were serious shortages of services to care for children.

The National Development and Reform Commission estimates that 4.5 million new nursery places will be needed over the next five years, which will require an investment of more than 100 billion yuan (S$21 billion).

However, there are signs that the authorities are starting to recognise these concerns.

The law allowing three children was passed on Friday and includes measures to increase equality in the workplace, improve childcare infrastructure and encourage local governments to offer parental leave. 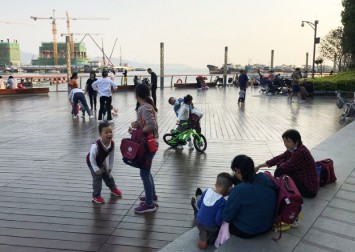 Last month Panzhihua in Sichuan province became the first city in China to introduce childcare subsidies, offering couples 500 yuan a month for their second and third child until they reach the age of three.

Beijing city authorities also recently announced that women would be given an extra 30 days' leave for having a third child, while fathers would be given 15 days in total.

But some women said that government incentives, no matter how generous, would have no bearing on their decision.

One such woman, Chen Yixin, said: "Even though my husband, my parents-in-law, and my parents are pressuring me to have children, I insist on making my own decision.

"I still have many things that I want to do for myself and I don't feel it includes having children."