Hong Kong television star Mat Yeung Ming should not have been allowed to reverse his guilty plea for careless driving and illegal window tinting, according to prosecutors, who also want to overturn his acquittal on a separate charge.

Acting deputy director of public prosecutions Jonathan Man Tak Ho argued in Eastern Court on Friday (July 9) that Magistrate Daniel Tang Siu-hung had erred in the case of the 40-year-old TVB star, who was involved in an accident on Magazine Gap Road in the Mid-Levels on Aug 8, 2020.

Yeung, whose real name is Lam Ming Lok, had pleaded guilty last December to careless driving and illegal window tinting, but denied a charge of failing to provide a blood sample for an alcohol test without a reasonable excuse at Queen Mary Hospital.

In March, he was acquitted after trial on the third charge and ordered to be remanded in custody pending sentencing on the others.

But just as he was about to be taken away by prison officers, his then counsel Cheng Huan SC asked the magistrate to allow his client to reverse his guilty plea on the other two charges in an apparent attempt to secure his release.

Cheng said his team had “inadvertently misled [Yeung] into believing that he would not be sentenced to a term of imprisonment or remanded in custody for the offences”.

That explanation was accepted by the magistrate, who concluded that Yeung’s guilty plea was not unequivocal and agreed to reverse it, allowing the actor to remain out on bail.

On Friday, Man argued the entering of a plea was a serious and important decision, and the courts rarely allowed a reversal.

Yeung’s application for reversal, he continued, was problematic and the magistrate was wrong to accept it.

“[Yeung] should not have been allowed to reverse his guilty plea,” the prosecutor said in an application for review.

Man also argued that the magistrate had erred in law by acquitting Yeung on the basis that the star had been too “confused” at the material time to heed warnings about refusing an alcohol test, given there was no medical evidence to support that finding. 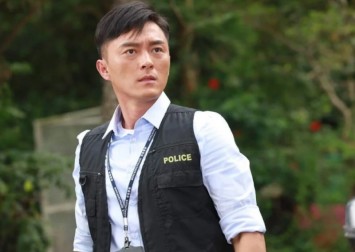 An officer previously testified that Yeung reeked of alcohol at the time of accident, but it remained unclear how inebriated he was.

Citing case law from Britain’s Court of Appeal, Man argued that “the fact that a defendant is drunk is not enough to provide a reasonable excuse”.

Magistrate Tang countered that the threshold for establishing the offence was very high, as it required the prosecution to prove that the defendant was clearly aware of the police request to provide a sample as well as the consequences of refusal when he chose not to comply.

In light of Yeung’s mental state at the time, Tang said he was not sure the defendant had the criminal intent to commit the offence.

He also raised the question of whether self-induced intoxication could be considered a reasonable excuse.

Yeung did not oppose the prosecution’s application on the reversal of his plea, but did take issue with the challenge to his acquittal. 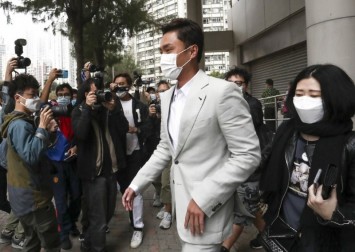 His counsel, Martin Hui Siu-ting SC, agreed with the court’s observation, adding that the relevant section under the Road Traffic Ordinance had created a very strict and elaborate scheme on the provision of samples for alcohol analysis, with the effective communication of the police request and warning both being core elements.

Hui also reminded the court of the limits on applying for review.

“It was plainly not intended to enable parties to relitigate the matter with the same materials,” he said, quoting from a past judgment. “The magistrate must be careful to prevent the abuse.”

The court will hear further submissions on August 31.

Careless driving and unlawfully reducing the visibility of car windows are both punishable by six months behind bars and a fine.