Live-stream host Xiao Xue is one of China’s many self-made online celebrities.

"The law may be too vague, but our standards are more detailed in terms of what to wear from bottom to top," Xie Qiuqi, head of Gaoxin branch of the Hubei Standardisation and Quality Institution, told Hubei TV.

"Clothes showing the national flag and emblem and other unlawful content are also banned," he said.

Under the new rules, minors are required to provide live stream platforms with an identity card, the household registration of their guardians and a signed application form before going live online by themselves. 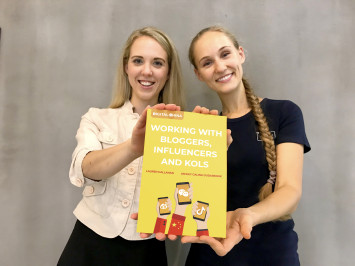 Live-streaming platforms should install an around-the-clock system for reporting abuses and a means of shutting down accounts or online posts within 90 seconds under the latest rules.

Live streaming is hugely popular in China, helping companies to popularise their products, while individuals can earn an income with unique online offerings.

These range from something as simple and innocuous as glimpses of the life of a farmer to scantily clad women performing dance routines.

The industry has been under intense scrutiny after a string of scandals and mishaps, including minors who stripped online and the death of Wu Yongning, a "rooftopping" star who was killed in a fall from a tall building in Changsa, Hunan province, in November 2017.

In October last year, Yang Kaili, a 21-year-old, self-made online celebrity, was detained for five days after singing part of the national anthem in a "disrespectful" manner.

"Everyone had seen unhealthy, dangerous and inappropriate content in the past that may cause others to feel uneasy. We hope that through our official announcement of the policies, we can minimise or get rid of such phenomenons," Yuan Gang, vice-president of Douyu TV, told Hubei TV.

"Where the industry is heading is what we are worried about. We want to launch these standards before 5G is rolled out," he said.

By broadcasting themselves singing, dancing, applying make-up or performing everyday, mundane activities like eating, some hosts can make more than 100,000 yuan (S$20,000) a month from a mostly male Chinese audience.

With 42 million more men than women in China, according to World Bank figures from 2017, live-streaming platforms have become a major source of entertainment for single men, helping to make it a thriving business for many enterprising women who are not averse to using sex appeal to cash in on their fan following.

In November, a 19-year-old man surnamed Lee, from eastern China, was reported to have spent more than US$37,000 on a live-stream host he claimed was his girlfriend.

The money included 260,000 yuan (US$3,871) drawn from his parents' savings for a new home. Lee was diagnosed with depression.