Covid-19: Meet the doctor who became an online celebrity for his straight talk

Zhang Wenhong has gained tens of millions of followers on social media since the coronavirus outbreak began.

A Shanghai-based infectious disease doctor has shot to fame during the coronavirus outbreak for his outspoken, down-to-earth talk about the disease.

Zhang Wenhong, director of Huashan Hospital's department of infectious disease and of the Shanghai panel overseeing the treatment of Covid-19 - the disease caused by the new coronavirus - has gained tens of millions of followers on social media and been dubbed "Dad Zhang".

The 51-year-old first started getting attention at the end of January when he told media he assigned doctors who were Communist Party members to work at a hospital on the front line of the coronavirus outbreak in Shanghai. The decision was non-negotiable, he said.

Zhang said he needed to send more doctors to replace the first batch that had been sent to the hospital, whom he praised for spending weeks dealing with coronavirus cases and placing their lives at risk at a time when little was known about the new virus.

"We should not abuse dutiful people," he said in a video. "Didn't [party members] all pledge an oath when they joined? ... I don't care if [they] agree or not ... You can do it out of belief. You can do because of the party's rules. Just do it."

His comments won much support on Chinese social media, where many people said they were fed up with what they saw as rhetoric and empty talk from the government over the outbreak.

Zhang has since become something of a media darling and his no-nonsense, sometimes humorous quotes have been widely spread. He has even been called "Zhong Nanshan No 2" after the epidemiologist who discovered the coronavirus for severe acute respiratory syndrome in 2003 and played a vital role in China's response.

Zhan Jiang, a professor of journalism and communication at Beijing Foreign Studies University, said people liked Zhang for his matter-of-fact style and firm tone, and because he released plenty of useful information during a time when people felt in the dark about the coronavirus epidemic.

His style was markedly different from that typical of Chinese officials and other experts in the country who liked to use obscure language, he said.

"But the government needs Zhang and other first-level experts to talk to media to give the general public confidence."

In February, as Hubei - the province at the centre of the outbreak - received donations of money and supplies from across China, and former Shanghai mayor Ying Yong was appointed party chief of Hubei, Zhang's fans even joked that Shanghai could give everything in the city, including its leaders, as long as they did not give Zhang.

Zhang leads a team of more than 60 medical specialists guiding the treatment of coronavirus patients in Shanghai.

A native of Wenzhou in east China's Zhejiang province, he graduated from the Shanghai Medical College of Fudan University in the 1990s. He had short study stints at Harvard Medical School in the United States and Queen Mary Hospital in Hong Kong.

Read Also
Diary of a coronavirus survivor: Wuhan nurse claims she recovered from virus at home 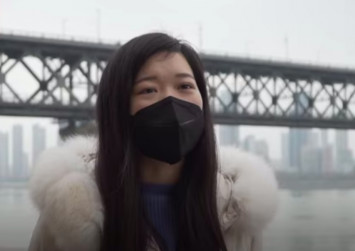 One of Zhang's most popular comments was that everyone was a soldier and they fought the coronavirus by staying at home.

"You're bored? Then you're boring the virus to death!" he said.

Zhang enjoys recording science education programmes and his videos about contagious diseases have been viewed online millions of times.

He got the nickname "Dad Zhang" many years ago, Yan Xiaohui, a retired propaganda official at the Shanghai Public Health Clinical Centre who has known Zhang for six years, said.

"His department at Huashan Hospital has more than 20 doctors and most of them are younger than him. Zhang cares about them and they think he is like a father," Yan said.

A doctor in Zhang's department, who did not want to be named, said she was lucky to be on his team.

"He is a fast thinker. His IQ and EQ are both high. He does not feel superior towards his colleagues or patients. He cares about us young doctors' work and life," she said.

Zhang said he would like to use his new status as an online celebrity to spread scientific knowledge, the Shanghai Morning Post reported.

He is also careful to protect his privacy and once refused to take a phone call from his mother while being interviewed by a television reporter.