The latest research on bats by Chinese researchers focused on samples collected from over 13,000 bats from 56 species across 14 provinces since 2016.

Chinese scientists have uncovered 142 bat coronaviruses related to the one that causes Sars , but none closely linked to the virus that causes Covid-19, according to the largest release of related research from within China since the start of the pandemic.

In a paper uploaded on the preprint server Research Square on Monday, researchers from the Institute of Pathogen Biology in Beijing revealed they had collected and tested samples from more than 4,700 bats in regions across the country since January 2020 adding to the thousands tested since 2016.

The paper is the first to provide key details about the scope of bat sampling to find close ancestors of Sars-CoV-2, the virus that causes Covid-19, conducted since the outbreak was first detected in the central Chinese city of Wuhan in late 2019.

“This is the first bit of new sampling that I’ve seen from a well known group of Chinese scientists on bat Sars-related coronavirus in China since the pandemic,” said Peter Daszak, a disease ecologist, who was part of a World Health Organization-led investigation in China earlier this year.

“What it tells us, for all those people saying ‘Is China going to carry on doing this sort of work?’, is well ‘yes’, here’s what they are doing, and not only that, they are going to publish it.”

But the paper’s conclusion contradicts other findings from China: Namely, the scientists suggest the viruses considered the closest relatives to Sars-CoV-2 are “extremely rare” in bats in China. Instead, they point to neighbouring regions as fertile ground for these viruses.

“The more related ancestors of Sars-CoV and Sars-CoV-2 may have been circulating in Indochina Peninsula or even further south,” corresponding author Wu Zhiqiang and the research team wrote in the paper, which has not been peer-reviewed. 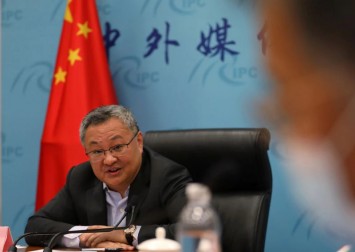 The latest results follow several discoveries of Sars-CoV-2-related bat coronaviruses in Southeast Asia in recent months. One, by a team of French and Laotian scientists released last week , said they had found the “closest [known] ancestors” of the pandemic strain circulating in bats in the karst limestone caves of northern Laos.

The findings from China come amid a political tussle over the direction of future research into the origins of a virus that has now been responsible for more than 4.5 million deaths worldwide.

The international scientific community has clamoured for further research into the virus’s origins within China, citing the need for more information on potential infected animals and early cases. Chinese scientists and officials, meanwhile, have pushed for the focus to move outside their borders, saying there was a lack of clues in domestic research so far.

Beijing, meanwhile, rejected a proposed second phase of international research coordinated by the WHO, which called for investigating two theories: that the virus emerged naturally and also that it could have been the result of a laboratory accident. Some scientists say this could include understanding whether researchers collecting bat viruses could have been infected.

Leo Poon Lit-man of the University of Hong Kong said while it was “disappointing” that the researchers did not turn up any close relatives of Sars-CoV-2, the work was an important step towards helping researchers narrow down the regions and species that might harbour closer viruses.

“No matter what, it’s a very good start. It really reflects that China is doing something to try to understand the ecology of these bat coronaviruses and also try to understand how these viruses jump into humans,” said Poon, a leading expert in emerging viruses.

The research also included data from Wuhan’s Huanan seafood market collected in February 2020, some 40 days after the market that was associated with a number of the earliest known cases in Wuhan was closed.

The researchers said they found four animal coronaviruses from environmental samples there – likely associated with rabbits, hedgehogs, and bamboo rats – but none were related to Sars-CoV-2.

The latest research on bats – believed to be the species of origin for the virus – focused on samples collected from more than 13,000 bats from 56 species across 14 provinces since 2016.

The researchers said that from the start of the Covid-19 outbreak in January 2020 they moved to expand their research, adding new locations in “a series of suspected hotspots” around Wuhan as well as in Zhejiang and Liaoning provinces and all nine southern provinces and related border regions.

The viruses most similar to those that cause Sars and Covid-19 were along China’s southwest border, the researchers said. However, the 142 viruses related to the virus that causes severe acute respiratory syndarome, and another four viruses identified that showed combined elements of Sars and Sars-CoV-2 lineages, were mainly found across a broad sweep of Guangdong, Yunnan, Fujian, Guangxi, Hubei and Liaoning provinces, they said. 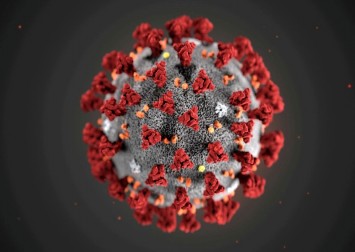 One was the most similar to the virus that caused China’s 2002 Sars outbreak found to date, the team said, suggesting these viruses were “endemic” in China. But “surprisingly” they did not conclude the same about the close relatives of Sars-CoV-2, detecting no viruses in its lineage in the survey.

This indicated the related viruses “might not be widely present in bats in China”, the researchers said, calling for more sampling at Yunnan’s southern border and in the Indochina Peninsula.

But not everyone is convinced. Evolutionary biologist Edward Holmes from the University of Sydney said he “disagreed” with the conclusion that Chinese bats did not carry Sars-CoV-2-like viruses.

“These viruses have already been described in Yunnan province and are some of the closest relatives of Sars-CoV-2. To my mind there is little doubt that Sars-CoV-2-like viruses are circulating in Chinese bats and probably in other animals as well,” said Holmes, who was among researchers to uncover five Sars-CoV-2 related viruses in samples taken in the province between May 2019 and November 2020.

Those viruses uncovered by Holmes and his colleagues added more data to an earlier finding in 2013, also in Yunnan, of a virus more than 96 per cent similar to Sars-CoV-2 across the genome.

HKU’s Poon said these other findings showed these viruses were present in China, but it remained to be seen how prevalent they were. A low prevalence could be why they were not found in the latest research, however the reason might also be down to sample size, he said.

Read Also
WHO says Covid-19 likely passed from bats to humans through another animal: AP 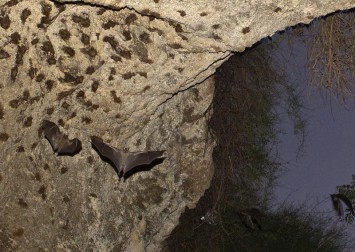 For example, there were only a dozen or so bats sampled from certain bat species in the latest survey, meaning viruses in those species could be missed, Poon said, or it was possible viruses were missed because they circulated in a particular cave or location.

He added that studies such as the latest one in Laos pointed to the need for more research – not only in China but in nearby countries – to create a “full picture”.

Daszak, who is president of the US-based research group EcoHealth Alliance, agreed that the viruses could have been missed in the sampling, and said more related viruses would likely turn up in China, across the border or in other areas believed to be hotspots.

“Most people working in this field think that there will be a lot more Sars-CoV-2 related bat viruses to be found in this region, probably hundreds of genetic sequences which would probably translate into a few dozen strains … there will be some more in China … in Yunnan, there’ll be some in Myanmar, Laos, Vietnam … maybe Indonesia,” he said.

“What we don’t know from this paper or any work so far is where exactly is the progenitor clade, the family that led to Sars-CoV-2,” he added.