In Yanjiao, on the eastern outskirts of Beijing, commuters have learned from experience to get up early if they want to avoid spending hours on the road.

A sleeper town 35km from Tiananmen Square, in the heart of the capital, it has a population of close to a million. Many people have moved there, or to the neighbouring cities of Dachang and Xianghe, for cheaper homes.

About 100,000 people a day commute to Beijing from these three areas, according to local media, most by bus or their own vehicle - the rail service is more sporadic. They were already accustomed to spending four or more hours a day doing so, but the coronavirus has lengthened their journey further.

At 5.30am on Tuesday (Jan 11) in the Yanjiao terminal, people in thick down jackets and caps were lining up for the bus to central Beijing, some having already travelled by motorcycle to get there. It was -10 degrees Celsius and my feet were frozen after a few minutes of it.

When the bus arrived, we were given a QR code to scan, to show our Covid-19 status - the system China has been using for the past two years to detect and contain the spread of infections. We all scanned and boarded.

It is not unusual for a Yanjiao dweller's day to start at 5am. One resident, surnamed Qin, said that he and his wife would rise at 5 and leave for work half an hour later. After an hour's drive to the office, he would take a nap and eat breakfast there.

"I tried setting off at 7, but it meant spending an extra hour on the road," he said.

Almost every passenger on the Beijing-bound bus had a similar routine, and almost all used some of the time in transit to catch up on lost sleep.

"How many hours do you usually spend commuting? Can we have a chat?" I asked a man next to me.

En route, the bus stopped at an inspection checkpoint as it entered Beijing from Hebei province. It was not yet 6am, yet there was a traffic jam for several kilometres as we approached it.

The checkpoint used to be for security checks of people entering the capital but, during the pandemic, it has been repurposed for Covid-19 as officers check people's ID cards and health codes. 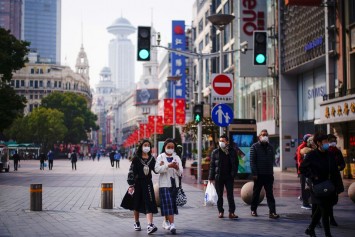 Yanjiao residents are used to delays there, particularly when a political event such as the annual "two sessions" is being held. Yu Qi, 32, recalled one such occasion when passengers got off the bus and walked through a dry riverbed to enter the city because security checks took so long that drivers refused to take them.

The pandemic has added to the unpredictability. In November, after a handful of Covid-19 cases were reported there, the capital required commuters from neighbouring Hebei to show a negative test result from the previous two weeks, and anyone else to show one from within 48 hours.

On the second day of that, Qin left home at 7 but did not get through the checkpoint until three hours later. He had to take the morning off, and decided he would start setting off earlier.

More of the same awaits in the evenings, when commuters typically queue for 40 minutes to get on a bus back to Yanjiao.

A passenger from Dachang surnamed Wu said that since the rules were tightened he has been getting home extremely late.

"When Beijing requires negative Covid-19 tests for returnees, no taxi driver wants to take orders leaving the city," he said. His solution has been to get a taxi to the checkpoint, walk through it and continue on foot.

Taxi drivers are not alone in being deterred by Covid-19 restrictions from leaving their home city or area. If even one infection were to be discovered in a place they travelled to, they would risk not being allowed back into Beijing.

"Apart from for business, I haven't travelled anywhere in the past two years," Yu said. "To avoid any trouble, I have stuck to Beijing and Yanjiao."

As the Beijing Winter Olympics approaches with China fighting Covid-19 outbreaks in Tianjin, Shenzhen and Xian, restrictions in the capital could tighten further.

Yu has not visited her family's home for the Spring Festival for the past two years, but she is keen to do so this year.

"I just hope there will be no cases in my hometown in Liaoning during the holiday," she said.

Some commuters said they regretted buying a house in a satellite town. On top of the daily logistical headache of pandemic restrictions, property prices in Yanjiao have fallen to almost half of their level five years ago, according to local media.

"I even considered getting a tenant in Dachang and renting a place near my office," Wu said.

Not everyone on our bus was frustrated with the hours-long commute. Wang Jing, a 52-year-old from Beijing, recently rented a house in Yanjiao measuring about 80 square metres (850 sq ft) for 1,500 yuan (S$318) a month - a tenth of the expected rent in central Beijing.

Wang was the only passenger on the 5.30am bus who was not trying to squeeze in some extra sleep. "I like to get up early and commute," she said.

As we disembarked in Guomao in Beijing's business district at 6.45, with dawn yet to arrive, her fellow passengers seemed less enthused.