'Dad, you are a hooligan': Girl in China refuses to let father bathe her after 'sex talk'

In their ‘sex education’ talk, the mother had told the toddler: ‘You are a girl, so you can’t allow other males to touch your body’.

A confused two-year-old girl in China who refused to allow her father to undress and bathe her after being taught about the differences between the sexes has trended on mainland social media.

The father, surnamed Guo, from Tianjin city, northern China, was stunned when his daughter refused his attempt to give her a bath last Friday (Sept 16) after she had learned about the human body and male and female reproductive parts from her mother, Bailu Video reported.

The viral video showed the girl in a yellow T-shirt sitting on a low stool in a bathroom. The mother is next to the girl as she gets ready to bathe her, while the father tries to have a discussion with her.

"You are a hooligan," the daughter tells her father in an indignant tone.

"Doesn't your father have to take your T-shirt and shorts off to wash you? I'm not a hooligan," Guo replied.

Guo said he had helped his daughter to wash as he usually did, and all was well when brushing her teeth and washing her face until he asked her to take her clothes off to wash her body.

It was at this point when the girl became uncomfortable and resisted.

"She bursts into tears, whilst pulling her shorts back on and she calls me a rogue, and I am astounded," Guo said afterwards.

The mother heard the girl crying and came over and explained that she had shared with their daughter a book about the human body and distinctions between men and women earlier that day. 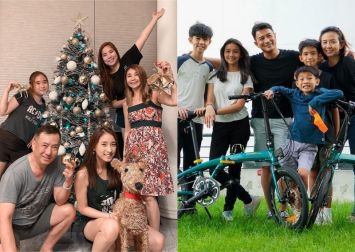 In their little "sex education" talk, the mother had told the toddler: "You are a girl, so you can't allow other males to touch your body."

Although this surprised Guo, he agreed that it was a good sex education for their daughter and said he would teach her more in the future.

"The earlier she has the sex education, the better she can protect herself. I will be careful about my manners," he said.

The girl's story was praised on mainland social media. At the time of writing, a Weibo news post on the story had received 9,663 comments.

One person wrote: "The sex education from the mother is great, and girls should learn how to protect themselves."

A mother wrote: "I stopped bathing my son after he turned four. Since then, my husband has taken over the responsibility."

Official data from China's Girls' Protection Project showed that in 2018, 68 per cent of 9,151 mainland Chinese parents surveyed admitted they did not provide any sex education to their children at home.