‘I’m no worse than others’: woman who overcomes deafness to become PhD student of top Chinese university named one of country’s most inspiring figures of 2021.

A 29-year-old deaf woman has been named by Chinese state broadcaster CCTV one of the 10 most inspiring figures of 2021 after becoming a PhD student at the prestigious Tsinghua University in China.

Other recipients for the award include Nobel Prize laureate Yang Chen-ning and Su Bingtian, a top Chinese athlete who was the first Asian-born sprinter to break the 10-second barrier in the 100 metres event in track and field.

Jiang Mengnan was born in China’s remote Yizhang county, central Hunan province. She lost her hearing when she was six months old after her relatives mistakenly gave her the wrong medicine to treat pneumonia.

After Jiang was diagnosed with deafness, her mother attended classes with special education teachers to learn skills for training children with a hearing disability.

With the help of her parents, Jiang grasped lip reading at a young age, through which she can speak.

She recalled that her parents held her in front of a mirror to let her observe their mouth shapes while speaking so that she could imitate their pronunciation.

“For just one character, if I can pronounce it well after practising 10,000 times, my parents would feel happy. The muscle memory can only be formed through repeated practice,” Jiang told CCTV. “Some characters have similar sounds. Then my parents would put my hand near their mouth to feel the airflow’s differences between these characters.” 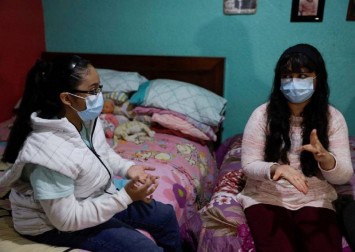 She regards lip reading as a “precious gift” her parents gave her. Thanks to this skill, Jiang didn’t need to go to special education schools, which accommodate disabled pupils, but went to normal schools.

During her primary and middle schools, Jiang sat in the front row of the classroom to look at teachers’ lips to learn what was taught. Her academic scores have always been near the top of her class.

She said when she lived in the dormitory at high school, she set her mobile phone’s alarm clock every evening and held the gadget tightly the whole night so that she would feel the vibration when the bell went off.

“I would not loosen my grip during sleep. Maybe this can’t be achieved by others. But for me, this must be done,” said Jiang.

In 2011, Jiang achieved a good score in China’s gruelling university entrance examination and was admitted by Jilin University, a key institution in northeastern China’s Jilin province.

She chose to study pharmacy. She said at first she wanted to study medicine but had to give up her dream of being a doctor because of her hearing disability. 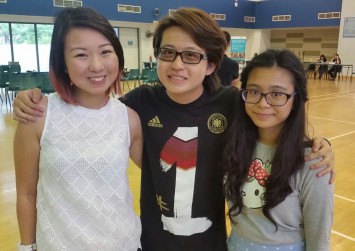 Jiang later obtained a master’s degree. In 2018, she was admitted by the School of Life Sciences at Tsinghua University as a PhD student, with the goal of designing drugs with “better activity and sensitivity”.

“I have never felt inferior for my hearing problem. I just felt disappointed and thought it was unfair for me. Why can other people hear, but I can’t?” Jiang said. “I complained to my parents. They comforted me, saying that this is a reality that can’t be changed. It’s better to work hard to overcome hardship than complaining.”

“I’ve never thought I am weak. I will encourage myself, saying I am no worse than others and I can even do things better than others,” she said.

Jiang said she does not avoid talking about her disability. “When getting to know a new friend, I will tell them that I can’t hear.”

She hopes to make pharmacological discoveries that will be beneficial to society. “Therefore, my personal ideals will be realised,” said Jiang.