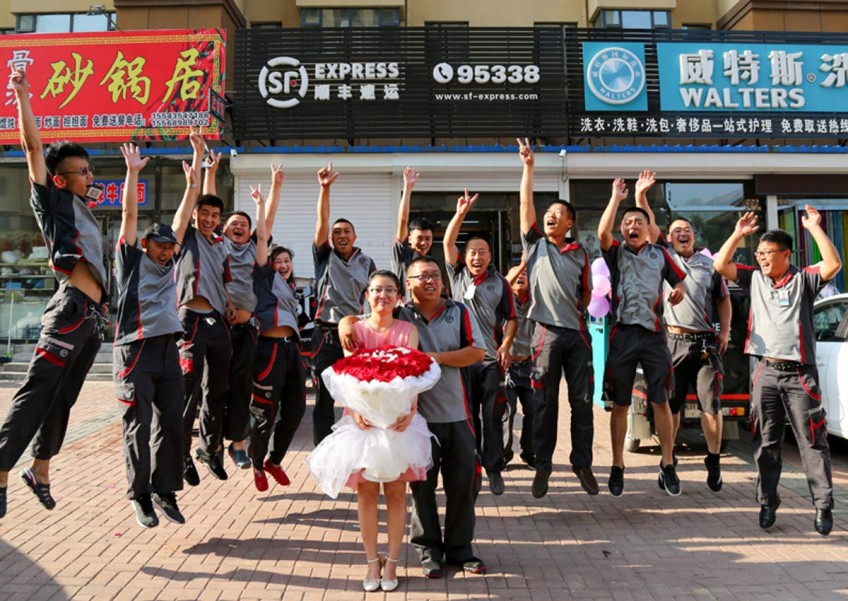 A deliveryman surnamed Li recently requested his friends to bring 11 electric tricycles with them to help him propose to his girlfriend in Jiutai district of Changchun, Northeast China's Jilin province.

He asked for 11 as he thinks the number symbolizes devotion.

The woman surnamed Yang was moved by his idea and said yes.

Li and Yang met each other when Yang wanted to return some goods she had bought online and Li was the deliveryman who went to pick up the goods from her.

[[nid:390870]]
#Weddings and engagements
SUBSCRIBE TO OUR NEWSLETTER
Your daily good stuff - AsiaOne stories delivered straight to your inbox