Weibo has been caught up in controversies over fake traffic numbers, inflated by fans looking to promote their favorite celebrities on the platform. In 2019, the company started hiding the number of shares and likes on posts once they surpassed 1 million.

A Chinese app developer was sentenced to five years in prison and given a 100,000-yuan (S$20,651) fine for managing an app that inflated the online popularity of some high-profile pop idols, the latest move in China to crack down on fake internet traffic.

Cai Kunmiao, 26, was convicted of providing programs that intrude upon computer information systems, according to a court document released last week, detailing a ruling from the People's Court of Fengtai District in Beijing on Dec 31. Cai was the developer of two fake traffic apps, Xinyuan and the lesser-known Yingyuanbao.

Xinyuan, which literally means "star support" in English, allowed users to artificially inflate social media numbers by controlling an unlimited number of so-called zombie accounts to automatically generate shares on the popular microblogging platform Weibo, in violation of its terms of service.

The use of fake traffic became a popular way of raising the profile of Chinese celebrity accounts in China. It gained widespread attention two years ago when Weibo posts from singer Cai Xukun saw a massive uptick in traffic, with nearly a quarter of Weibo users sharing and liking the star's new songs, according to CCTV.

Xinyuan was implicated in the case, stirring up public debate and catching the attention of Weibo, state-owned news outlet People's Daily and government regulators. Weibo promised to support the government in cracking down on fake online engagement for celebrities. In Jan 2019, the company said it was capping the number of shares and likes shown on posts to one million.

By Feb 2019, around 170,000 users of Xinyuan and Yingyuanbao controlled over 30 million bot accounts on Weibo, the court document cited Cai as saying. Before being arrested the following month, Cai had taken in about 6.3 million yuan in membership fees from Xinyuan alone, according to the court, which confiscated the gains on top of the fine.

Fake traffic has been a troubling trend for tech companies in China and abroad. Far from just being used by fanatic celebrity fans, the practice is an open secret that is widely used on live streaming, e-commerce, news and other internet platforms. 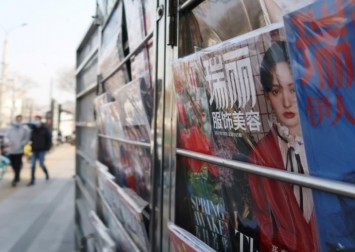 The Cyberspace Administration of China (CAC), the country's internet watchdog, has sought to curb fake traffic by introducing new regulations. A draft for the updated Regulation on Information Service, released in January to solicit public opinion, specifies that individuals or organisations engaged in breaking the "internet integrity system" - which includes faking traffic, votes, comments or transactions - will be punished.

A separate rule for social media accounts, also released in Jan, specifically bans the artificial inflation of the number of clicks.

Last year, companies in China collectively lost an estimated 18 billion yuan from fraud in mobile advertising, according to a report published by Tencent Security and Indian mobile marketing firm InMobi. Up to 85 per cent of the cases were related to brand advertising and involved fake views for influencers and online shows.