Chinese state media have attacked people making online jokes about the country’s ongoing heatwave which has gripped much of the country in a serious drought and caused forest fires and power outages.

About half of China’s land mass is reeling under the most severe drought and longest sustained period of extremely high temperatures in six decades, while major rivers and lakes are drying up over large areas of the country.

“Humorous” posts about the unprecedented hot weather, including comparing the hard-hit southwestern areas of Sichuan province and Chongqing municipality, well-known for their spicy food, jokingly with “red chilli oil hotpot”, have been popular on mainland social media this week, drawing anger from many internet users.

A number of China’s official newspapers, including the China Youth Daily, have run editorials in the past few days reminding people that the heatwave is a natural disaster and criticising what they labelled “disaster entertainment”.

The popularity of such humour was based on widespread indifference to the misfortunes of others, the papers said.

A Weibo topic called “people in Sichuan and Chongqing are going to cry”, became one of the top searches on the microblogging platform at the start of the week, clocking up 600 million views and 137,000 comments by Thursday (Aug 25).

Similar comments making fun of the record heatwave in the region included “Is it a firepan or red chilli oil hotpot” and “The heart of summer located in Sichuan and Chongqing”.

“Some jokes are not funny when we’re actually facing a disaster. The challenges that Sichuan and Chongqing people are experiencing are greater than we have imagined,” the China Youth Daily said in a commentary on Wednesday. 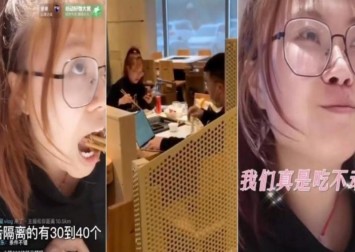 “It’s a dangerous sign to entertain and tease when it comes to serious issues such as natural disasters. This to some extent will lead to the loss of ability to empathise and think,” the Workers’ Daily wrote on the same day.

Weekly magazine Sanlian Lifeweek is running an online poll on Weibo asking respondents what they think about the heatwave humour, with most saying they believe that: “An entertaining tone hides serious facts and thoughtful discussion”.

Heatwaves and droughts have hit many parts of the world this summer. A vast swathe of China has seen power supply disruptions, industrial production hurt and crop growth hampered by the high temperatures which have lasted for more than two months.

In the worst affected areas of Sichuan province and Chongqing municipality, the power supply issues have been particularly painful for people as hydropower accounts for about 80 per cent of the region’s electricity.

Several areas in Sichuan, along with at least four districts in Chongqing, have been battling forest fires since last week.