A handout photo. A secret recording of a phone conversation that led to people attacking a woman about her literary views of Chinese novelist Mo Yan restarts ethical debate in China.

A Chinese nationalist commentator and journalist is under fire for secretly recording a phone conversation with a woman who disagreed with his views and then posting it which resulted in online attacks against the woman from his followers.

Sima Nan, famous online in mainland China for his nationalistic and populist video broadcasts, has been embroiled in controversy after he made the supposedly private conversation public last week without the consent of the woman, who had called to criticise the content of one of his recent programmes.

The caller, a woman surnamed Wang, who studies literature and is a fan of Chinese novelist and Nobel Prize winner Mo Yan, argued during the call that Sima was misleading his audience in a video commentary posted in late May where he singled out one particular remark by Mo.

The 30-minute phone call of the pair debating Mo's literary views was secretly recorded and shared on Sima's multiple social media accounts on Thursday (June 9) last week, leading many of his followers to attack the woman who was publicly identified.

In a Weibo post with the audio recording attached, he wrote that Wang was: "Angry and aggressive and started the conversation with criticism over 'brainless patriotism'. She intended to teach me a lesson".

But as their conversation went on, she became "deflated" by his arguments, he claimed.

He ended the post with a sexist comment about women's appearance and intelligence: "To girls who look good and are smart, don't major in literature."

The fallout from the incident has triggered a public debate about a growing trend of secretly recording people in China, which while not illegal, is considered by many to be unethical. In many other countries around the world, it is illegal to record a person without their informed consent. 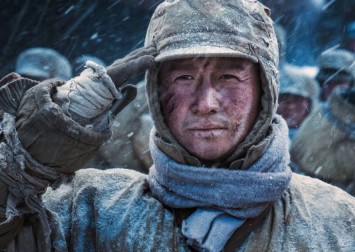 The former editor-in-chief of China's nationalist tabloid the Global Times, Hu Xijin, publicly criticised secret recordings and the release of the audio in an opinion piece for the tabloid.

Without naming Sima, he questioned the ethics of such actions when the target is an ordinary person, as opposed to the powerful such as politicians and celebrities who can better protect themselves and should expect a degree of public scrutiny.

"It's fine if it's a mayor or powerful person's conversation, but there have been a slew of cases where the targets were ordinary people", he wrote.

"I think it's unethical to record a conversation without the other person's consent and then make it public. No matter what purpose it is for, it's dishonest and is a set-up trap," Hu said.

Some web users argued that the reason behind the growing trend was the government constantly asking citizens to spy on one another and tip off authorities.

"There were people reporting their own teachers and relatives back in the Culture Revolution days. It was a culture re-emerging in recent years," one online user commented.