A man has been detained by police in eastern China for giving his dogs a name which appeared to mock government officials notorious for their brutal treatment of unlicensed street vendors.

The man, surnamed Ban, was locked up on Monday for 10 days in Yingzhou, Anhui province, as punishment for "picking quarrels and making trouble" - a catch-all crime under Chinese law which can cover anything from public nuisance to political protest.

In a statement police said they investigated Ban, who raises and sells dogs for a living, after receiving complaints that he was posting "outrageous messages" on social media which insulted law enforcement officials.

The ﻿Yingzhou Evening News reported that, over the past two months, Ban, 31, had posted pictures of his dogs for sale on social media, calling them chengguan, which means "urban enforcement agency" and is also used to refer to its employees.

Read Also
US woman breaks into home to pet dog and wash dishes, gets arrested 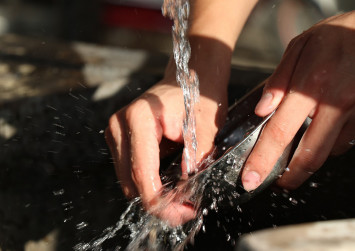 The agency's officials operate in every city and have a reputation for enforcing local by-laws - such as on street trading - with excessive force.

Ban, who was described as "remorseful" by police, said he had only called his dogs by that name for fun. "I don't understand laws and I didn't know it violated the law," he is reported to have said.

The case has split public opinion in China, prompting a heated online discussion about whether the police action against Ban was legitimate.

"I think it's too much to name dogs chengguan. Are you so sure that your family members, friends and children won't take up this job in future? After all, chengguan have made some contributions to our cities," wrote one person on Weibo, China's Twitter-like website.

"Cities would be in a mess without chengguan," commented another internet user.

But a third person wrote, "It's not appropriate to call dogs chengguan, but is it so serious to put him in custody?"

Another online commenter said: "I take my pet for baths at pet stores and meet many cats and dogs. Some of them are called President or General and one is even named Trump. Shall I remind their owners or report to police directly?"

"He should be condemned or receive a verbal warning, without necessarily being charged for making trouble," Zhang said.