Don't use WhatsApp or WeChat when you're in China, California university tells students

The University of California, Davis has circulated a China travel warning to some of its students, advising them not to use messaging apps like WhatsApp or WeChat or make "unfavourable political statements or postings on social media" while there.

It was delivered on Monday in an email sent by Gary Leonard, the University of California Office of the President's director of liability and property programmes, to the universities that fall under his office's governance, and was forwarded to people who may be travelling on behalf of UC Davis, a spokeswoman for UC Davis said. Screenshots of the advice have been seen by the South China Morning Post.

The email came days after the US State Department updated its travel advisory to China following last month's high-profile detentions of three Canadian citizens, warning US nationals of "arbitrary enforcement of local laws" and exit bans.

Two electrical and computer engineering graduate students confirmed they had received the email but declined to comment on the travel warning.

Read Also
Users of these phones must say goodbye to WhatsApp 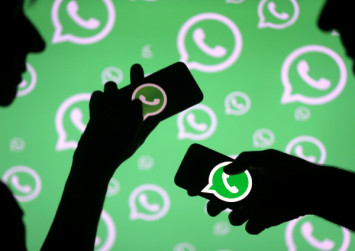 "Our concern here is the possibility China could use this condition similarly against Western travellers to levy charges or as an excuse to deny departure. We recommend not using these messaging apps at this time."

It said the travel advice had been based on information from private risk management firm WorldAware. Leonard did not respond to a request for comment.

While the university did not deny the email had been sent, the detailed list of China-specific warnings were not on its travel news and updates page, though the State Department's travel advisory was posted on Tuesday.

University spokeswoman Melissa Lutz Blouin said links to official US travel and health advisories were posted "as a matter of routine for places where our faculty, staff and students travel".

Cognitive science student Chaodan Luo, who is from Sichuan province in China, confirmed that she too had received the email on Monday. Luo said that her roommate, who is also an international student from China, had received it as well.

The China travel warning email had apparently not been sent to all students.

Caitlin Perkey, who studies international relations at the university, said she had not heard about the travel advisory for China. "If they are giving warnings … then it could be because the US State Department is also putting out warnings," she said.

US citizens currently prevented from leaving China include the estranged son and daughter of Liu Changming, a former Chinese bank executive wanted by the government for financial crimes. Their mother and Liu's former wife, US citizen Sandra Han, has been placed in secret detention since June.

Meanwhile, the US has detained several Chinese citizens accused of espionage, as US-China relations sink to a historic low amid the trade war and the arrest of Huawei Technologies executive Sabrina Meng Wanzhou in December, highlighting issues over technology and security.

After Meng's arrest, US technology giant Cisco sent an internal email advising US-based staff to cut "non-essential" travel to China, but the company quickly backtracked, saying it was "sent in error to some employees".

In October, Swiss bank UBS withdrew a warning to staff against travel to China after one of its employees was prevented from flying home to Singapore from Beijing by authorities.

Chinese researchers working in sensitive hi-tech sectors have also been told not to take any unnecessary trips to the United States after it detained several Chinese nationals on espionage charges in recent weeks.

But Ryan Mitchell, an expert in Chinese and international law at the Chinese University of Hong Kong, said most US travellers in China were "unlikely" to encounter genuine danger, though arbitrary detention was a problem.

"The current tensions over the Meng Wanzhou case have resulted in high-profile detentions of prominent Canadians working in China, but it would be a major escalation to start detaining average students or others," Mitchell said.

"On the other hand, arbitrary detention is a real and persisting problem in China, and it is true that anyone who does end up targeted on vague 'security'-related charges will likely not have easy or immediate access to a lawyer or embassy staff."

Mitchell added that some of the advice in the university's travel advisory, such as not taking unauthorised photos of government facilities, were "simply common sense".

"But again, there is no sign that Chinese authorities will initiate mass detentions of US citizens on these or other grounds," he said.