An elderly man was swindled out of HK$580 million (S$101 million) over two years, sources told the Post, as police on Thursday announced the arrest of 14 people over Hong Kong's biggest ever bullion trading scam.

The victim, an 85-year-old retiree, was one of seven investors who lost a total of nearly HK$620 million, prompting police to arrest two alleged ringleaders and 12 other perpetrators of the scam which involved trading gold on the London commodities market.

"With the help of the force's anti-fraud squad, police have frozen HK$220 million in related bank accounts in the operation," Chief Inspector Tam Wai-shun of the Kowloon East regional crime unit said.

The amount of money involved was the largest officers from the Anti-Deception Coordination Centre had come across since it was set up in July 2017.

Tam identified the suspects - 12 men and two women - as Hongkongers, mainland Chinese citizens and a Singaporean.

"They included the alleged masterminds of the fraud syndicate, former and current directors of three investment companies involved, brokers, and holders of bank accounts used to collect the proceeds of the scam," he said.

Detectives from the Kowloon East regional crime unit began investigating the syndicate in October last year, when the elderly Hong Kong investor sought help from police. He had received his first cold call in mid-2016 and another source said he had made a lot of transactions in two years.

The other victims were understood to be ethnic Chinese citizens of Hong Kong, Taiwan, the United States, Australia, Canada and New Zealand. The youngest was 32 and the smallest amount of money lost was HK$700,000.

A law enforcement source said some of them had come to the city to meet brokers who duped them into signing documents and investing money.

The syndicate recruited youngsters to work as brokers and find potential investors through cold calling and social media platforms, according to police.

"The victims were told the brokers were experienced and good at investments, and they pretended to be considerate to gain the trust of their targets," Tam said.

The investors were persuaded to trade gold on the London commodities market and make other investments with the promise of high returns. They were then asked to sign related documents and transfer money into the accounts of investment companies in Kowloon East or personal bank accounts.

Police said the investors only realised they had been scammed when they were later notified their money had been lost in trading.

"Some money had not been used in any investment transactions but still went missing," Tam said. 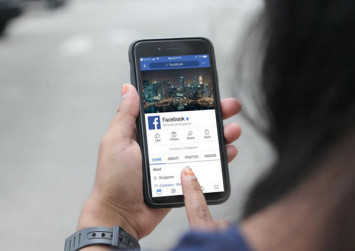 The victims were swindled between June 2016 and October 2018.

Seven of the suspects were rounded up in the first phase of the police operation between November and earlier this month. The other seven - six men and a woman - were arrested between Tuesday and Thursday.

The investigation was still ongoing on Thursday and most of the suspects had been released on bail pending further investigation.

The offence of fraud carries a maximum penalty of 14 years in jail.

Ten female brokers were among 35 people arrested in a crackdown on a gold trading syndicate that swindled 64 men out of about HK$26 million.

Police said the group hired young, attractive girls - mostly secondary school graduates - and disguised them as "star financial consultants" to fish for victims on social media. The girls then persuaded the men to pay to trade gold on the London market. Some even promised to develop romantic relationships with clients.

About two weeks later, officers from the Organised Crime and Triad Bureau arrested 54 people from two companies in Tsim Sha Tsui and Kwun Tong in connection with another bullion trading scam in which male brokers allegedly posed as women to win the trust of male clients and persuade clients to authorise them to control their investment accounts so they could trade gold on the London market. Police said some people had invested more than HK$10 million.

During this operation, five cars including two Porsches and a Mercedes-Benz, and a flat worth HK$5 million were seized, along with cash, computers, bank cards and suspected transaction documents.