Is the end to China's strict zero-Covid rules in sight? Internet users hope so

Hopes that the Covid-19 pandemic could be over soon have risen online in China with a UN agency's assessment that the end is "in sight" but there is no sign in the country that strict controls will be abandoned.

Expectations of a potential end to restrictions in China were raised on Wednesday (Sept 14) when the United Nations posted a message on its WeChat account that next week's UN General Assembly session would include a meeting to discuss "ending the Covid-19 pandemic".

The meeting refers to a World Health Organisation gathering next week on ending the pandemic through equitable access to vaccines, tests and treatments - but not about whether to announce the end of the pandemic.

WHO chief Tedros Adhanom Ghebreyesus went one stop further though, saying the end of the pandemic was "in sight".

"Last week, the number of weekly reported deaths from Covid-19 was the lowest since March 2020," he said. "We have never been in a better position to end the pandemic. We're not there yet, but the end is in sight."

Those two moves fuelled hopes online that the emergency response to Covid-19 in China could be closer to an end.

"I really hope that the response in China will stop with that end. Enough of Covid-19 testing," one internet commenter said.

While the rest of the world has mostly adopted a strategy of living with Covid-19, China has pursued a dynamic zero-Covid policy, relying on mass testing, quarantine and contact tracing to stamp out any outbreak before it can spread.

Meanwhile, the WHO has outlined key actions for governments to take to end the pandemic.

According to the latest WHO update, the number of new weekly cases around the world fell by 28 per cent last week, compared with a week earlier.

The number of new cases declined over the week in five of the six WHO regions, including a 31 per cent drop in Europe, a 25 per cent fall in Southeast Asia and a 22 per cent decrease in the Americas.

"A marathon runner does not stop when the finish line comes into view. She runs harder, with all the energy she has left. So must we. We can see the finish line. We're in a winning position. But now is the worst time to stop running," Tedros said.

Neither the UN nor the WHO mentioned China's Covid-19 response in their statements but the announcement and Tedros' comments were shared widely online. While some made fun of the WHO chief's remarks of ending the pandemic this year, others said China could ease its stringent policy.

"If the pandemic doesn't end this November, I'll see it as the end of the world coming early," one Weibo user said. 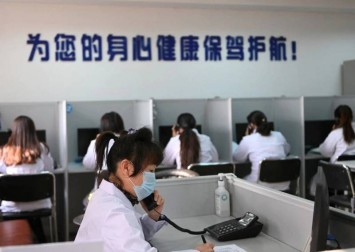 There has been speculation that China's zero-Covid response could be fine-tuned or even changed dramatically after the Communist Party's national congress next month, a gathering that will set the tone for the next five years.

There has also been widespread speculation that zero-Covid could be permanent, suggestions that Chinese state media dismissed as fake posts.

The denial came after a number of local governments posted an article on WeChat claiming NHC official Chang Jile said China's call for regular mass Covid-19 testing, even when there was no outbreak, indicated that dynamic zero would be state policy.

But the remarks were incorrectly attributed.

When asked last week whether China would stick to the policy, Chang repeated the merits of dynamic zero but did not mention anything about it being state policy.

"China's Covid-19 prevention and control measures are the most economical and the most efficient," said Chang, vice administrator of the National Administration of Disease Control and Prevention.

The fake post gained some credibility after some authorities - including the publicity department of Qinzhou in Guangxi, and health commissions in Suixi, Anhui province, Dongying in Shandong, and Gucheng in Hubei - published the article on their official accounts.