W.T.M. Why This Matters
South Korea is known for its booming medical tourism industry, with plastic surgery being its most successful export area. Hence, there are guidelines in place to allow patients who have gone under the knife to pass through immigration without a hitch.

[UPDATE, Oct 13]: The Ministry of Justice in Korea has clarified to The Chosun Ilbo that the incident did not occur recently at domestic airports there. It added that "there is no reason to deny departure because of the difference between the passport photo and the actual face".

It told the media that foreigners leaving the country do so by fingerprint scanning.

Chinese nationals have been taking advantage of the extended 'Golden Week' holidays this year to go on overseas trips, spend time with family, and apparently, undergo plastic surgery in South Korea.

In a recent photo which went viral on China's social media platform Weibo, three women seated together are seen clutching their passports, with the photo reportedly taken at the airport.

What stands out though, are their swollen faces still swathed in bandages - obvious signs that the trio had recently undergone plastic surgery. 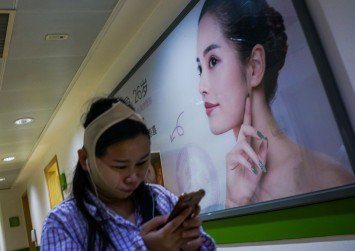 The caption allegedly read: "Received from frontline personnel at the airport during the holidays: These women made use of the long holidays to undergo plastic surgery in South Korea. On the way back, they were unable to leave the country and had to await proof of identification. Even your mother won't recognise you."

Jian's post has since been removed, and the identity of the three women in the photo has not been established.

Nonetheless, the photo was widely circulated online, with netizens agreeing: "It's true, even your mother won't recognise you", and "that's the price you pay for beauty".

Other comments were less kind: "(Their faces are) swollen like a pig's head", said one. 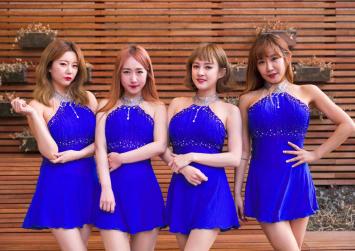 However, some netizens reflected that going under the knife is not a crime. They added that taking photos of the trio is not a crime either, but the act "reflects a lack of moral character".

It is no secret that South Korea is known for its booming medical tourism industry, with plastic surgery being its most successful export area. Hence, there are actual guidelines in place to prevent similar situations from occurring.

Plastic surgery clinics are required to provide documentation to the patient which provide proof of identity and the kinds of surgery that was performed.

According to a China News report in August this year, China Eastern Airline rules stipulate that passengers who have undergone plastic surgery are only allowed to fly 15 days after their procedure. Passengers must also furnish the airline with documentation provided by the clinic.

Unfortunately for these ladies, guess their doctors didn't get the memo.