Almost a third of former Chinese lawyers and judges who continued to practise law were found to have violated the rules on conflicts of interest in a crackdown targeting the legal sector.

The campaign was part of a wider drive to clean up the judicial system, which the authorities say is jeopardising public trust in government and “threatening state security”.

The latest blitz, carried out between February and June, specifically targeted lawyers who had been prosecutors and judges at the city and county level and who had continued to practise after leaving those roles.

A press conference held by the Central ﻿Political and Legal Affairs Commission, the country’s top law enforcement agency, last week, was told that 7,640 former judges and prosecutors who have left their posts since 2012 have continued to practise law.

Of these, some 2,044 – or nearly 30 per cent – had violated the rules that ban them from working on cases related to their former roles, with 101 acting as “judicial brokers” – a term applied to those who use their connections to help people bribe judges.

Those found breaking the rules in this way face a range of sanctions, including suspension and prosecution, but it is not known what action has been taken in these cases.

Legal analysts said the crackdown was unprecedented in terms of its specific targets and scale, but they said a campaign like this could not solve the corruption entrenched in the judicial system because of the lack of checks and balances.

Under Chinese law, judges and prosecutors can practise law after leaving their state positions, but they are not allowed to represent clients in court for two years and there is a lifetime ban on handling cases related to their former offices or courts.

Tao Jingzhou, an international arbitrator who has practised in Beijing, Hong Kong and London, said corruption could be more widespread than the findings of the investigation suggested.

“Chinese judges start practising right after graduation, unlike Western countries where they generally work as lawyers first and then become judges. So there is no accumulation of wealth and no high salaries in China, and many judges are envious of the high income of lawyers, which easily breeds corruption,” Tao said.

He said people used connections not the law to fight cases, adding: “Clients care about whether the law firm has connections with the court, not legal proficiency. That’s why the law firms are eager to hire former judges and prosecutors. Their most important task is to form good connections.”

Zhuang Deshui, deputy director of the clean government research centre at Peking University, said corrupt former judges and prosecutors knew which loopholes to exploit and use their contacts and know-how to undermine justice.

“They should be supporting reform to allow judicial personnel to enjoy the fruits of those reforms and improve their income. They should be the elite of the society, and they have to take social responsibility and have professional dignity,” Zhuang said.

Tao noted that if the country could not stop people exploiting their connections to win legal cases, then the results of the clean-up campaign would be limited.

“The subsequent corruption may be more hidden and careful, I’m not too optimistic. There must be external constraints such as media supervision, and full protection of defence lawyers’ rights,” Tao said. 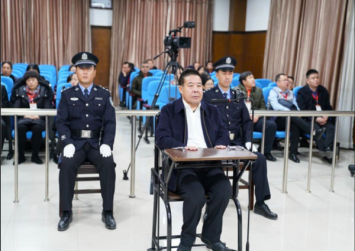 An earlier phase of the campaign targeted law enforcement and the judiciary at city and county levels, as well as provincial prisons and drug rehabilitation centres.

Chen said that as of July 31, more than 170,000 officials and police officers – most of them low-ranking – had been punished as a result of the campaign, and more than half of those targeted had been found to be using their connections to interfere with legal cases.

Chen said new channels were being set up to allow cadres to report corruption and the authorities were planning to expand the clean-up to higher levels of the judiciary in the next phase of the crackdown, which will run until the end of October.

Zhuang said corruption in the political and legal systems had a long history and was especially harmful because it undermined people’s chances of getting justice and undermined trust in the system.

He said the latest initiative was a “big step” that could “promote the development of the rule of law”, but warned one-off campaigns were not enough.

Neysun Mahboubi, from the Centre for the Study of Contemporary China at the University of Pennsylvania, said: “The main difference seems to be the pointed focus on the so-called political-legal apparatus, which covers the police, prosecutors and courts. That seems fairly distinctive not only in comparison to prior anti-corruption campaigns under [President] Xi Jinping’s tenure, but even in relation to the campaigns of the past few decades as well.”

However, he argued that the campaign showed the Communist Party wanted to rely on internal checks rather than getting citizens involved.

“As far as results go, I think one can expect cadres in general to find ways to effectively work around the campaign, as they typically do – even though there certainly have been and will continue to be some high-profile targets who are snared,” Mahboubi said.