The cigarettes were packed into metal casings made to appear as machines.

Authorities in Hong Kong have uncovered the latest tactic by smugglers bringing in untaxed cigarettes from mainland China, after HK$2.1 million (S$367,979) worth of the contraband items were found hidden in 45 fake electrical casings.

The haul with a duty potential of HK$1.5 million was seized at Shenzhen Bay Control Point on Thursday when customs officers intercepted a lorry from the mainland.

After an X-ray scan raised suspicions, authorities decided to open the metal cases for detailed checks, according to the Customs and Excise Department.

Chan Kai-ho, who heads the department's division against illicit tobacco, said the cases were about the size of a big microwave oven each, measuring about 60cm in length and 30cm in height. Each unit had a switch and came with a power cable, giving the impression they were some form of machinery. 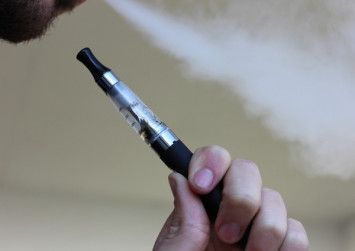 "As officers unscrewed open the cases, each was found to be packed with cigarettes, and no electrical components were found inside," he said.

About 800,000 illegal cigarettes were found inside the 45 fake machines. The cases were arranged at the centre of the vehicle's cargo hold and surrounded by other goods. Officers believed the consignment was intended for local consumption.

The driver, a Hongkonger aged 56, was arrested for importing undeclared goods and his vehicle was impounded. He was released on bail pending further investigation.

It was the seventh case involving the seizure of 500,000 or more cigarettes at land control points in the city this year, according to the department.

Chan said HK$19 million worth of untaxed cigarettes in total were confiscated in the seven incidents.

One case involved HK$4.8 million worth of illegal cigarettes found hidden inside nine mobile toilets at Lok Ma Chau Control Point, after a truck coming from Shenzhen was intercepted in January.

Under Hong Kong's Import and Export Ordinance, bringing in or out undeclared goods carries a maximum penalty of seven years' imprisonment and a HK$2 million fine.

Members of the public can report any suspected activity involving illicit cigarettes to the 24-hour customs hotline on 2545 6182.