Chinese wrestling is making a return thanks to a veteran of the fighting sport.

At an indoor facility in downtown Beijing, a group of young enthusiasts was recently training and practicing the traditional martial art of shuai jiao, which is little known outside China.

The style of close combat fighting, also known as Chinese wrestling, dates back thousands of years and is considered by some experts as the predecessor of modern grappling and throwing sports such as judo.

In recent years it has started to regain popularity with martial arts practitioners in the capital.

Hu Wannian started practicing shuai jiao at the age of 6. In 2016, he founded a wrestling club and started promoting the martial art at an open area in his residential complex in Beijing. So far, the 62-year-old has trained 50 students. 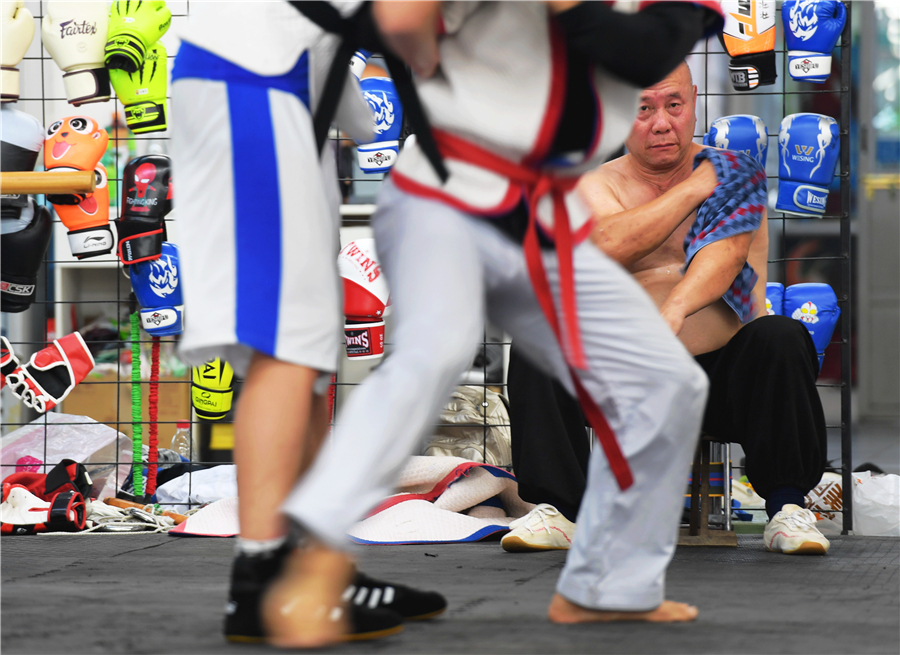 At first, the spartan straining conditions deterred many parents from allowing their children to join Hu's club.

He moved his students to a gymnasium in Beijing, but due to the novel coronavirus epidemic in the first half of the year, they shifted to Xisanqi Park. They returned to the gymnasium recently.

Wang Lizhi, the mother of one of Hu's students, said: "My boy loves the sport. It makes him stronger, both physically and mentally."

Yang Fan, 28, is one of Hu's female students and has trained with him for two years. "Very few girls practice Chinese-style wrestling," she said. "But it has helped improve my athletic ability."