China's new regulations on gender affirmation surgery are a "huge step" for transgender people in the country, according to one LGBT community worker.

After Gillian* turned 18, she made a hospital appointment as soon as she could.

It was 2017, and China had just updated its medical regulations to allow those aged 18 and over to be formally diagnosed with gender dysphoria — the first step in obtaining gender affirmation surgery.

For Gillian, a transgender woman, the ultimate goal was to officially change the gender on her ID card — a step she deemed necessary to live her life authentically. The surgery was a prerequisite for changing her ID card.

But while Gillian was legally an adult, she found that there were still many barriers to getting surgery: She had to be 20, prove that she did not have any mental illnesses and, most troublesome of all, she needed to have the consent of a direct relative.

"When you're getting diagnosed, the doctor would ask you, 'Is this for medication or surgery?' If you say surgery, they'll ask a parent to come to make sure parents know and agree, otherwise they will not issue a surgery permit," she said.

Since she had not yet come out to her parents, Gillian had to abandon the idea of surgery. Even with new regulations that have removed some of the obstacles Gillian faced five years ago, some say that parental consent remains the biggest barrier.

In April, the National Health Commission published regulations that lowered the age requirement for surgery from 20 to 18, requiring only a signature by the person seeking surgery, rather than a notarised document from the government. The new regulations also eliminated the requirement that a patient must undergo one year of counselling before the procedure.

However, the latest rule still requires "proof that direct relatives have been informed".

Even though the new policy only requires relatives to be informed, rather than consent, multiple sources told the South China Morning Post that hospitals in China would often err on the side of caution and require parents' consent out of fear they might seek reprisal at the hospital.

A surgeon who asked to remain anonymous told the Post that transgender patients in China have sought surgery to align their bodies with their self-identified gender since 1983, when the first gender affirmation surgery was performed in the country.

"They would secretly write long letters to surgeons, describing how painful their life had been and how anxious they were that they did not accept their assigned gender," he said.

The surgeon said that he was inspired to help transgender people after taking care of a trans woman after surgery as a resident doctor in 2004.

It was the first time he had met a transgender person, and he was worried about communication challenges.

But the patient was very encouraging, even when he accidentally touched her wound while cleaning it, causing her to cry out in pain. 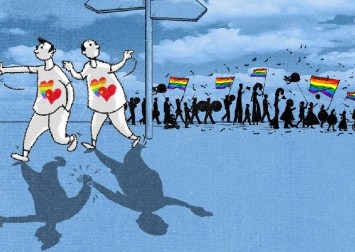 "She knew I was new at this but still told me, 'It's fine, please continue. You'll do great!' She was gentle and kind, but also unyielding and strong — a quality I felt among many transgender people I met over the years," the surgeon said.

The experience inspired him to learn more about the community. He read foreign books on clinical practices for transgender people, translated them and posted the information on his personal blog.

The first regulations for gender affirmation surgery were released in 2009 and updated in 2017. In 2021, several controversies caught the attention of medical authorities, including reports of a mother who claimed strangers had tricked her child into injecting herself with hormones.

Authorities consulted surgeons and the transgender community about their needs before updating the regulations this year.

Chen said that the new regulations included several suggestions by surgeons and the transgender community, such as lowering the age and eliminating the required year of counselling before surgery.

Chen called the changes "a huge step" that brought hope to the transgender community. "At 18, they are usually ready for college. They can do the surgery and start a complete, new life," she said.

But even with the change in rules, many transgender people like Gillian said they had little hope of obtaining parental consent to have surgery.

When she finally came out to her parents in 2020, her father seemed heartbroken but said he understood. By the following year, when she went back to the US to study, her parents were less accepting.

"My mum especially found this unacceptable," Gillian said. "She felt that she had failed to continue my dad's family line."

Chris* also said that over the years his parents had swung between different reactions — from vehement rejection to grudging acceptance — to his coming out as a transgender man. 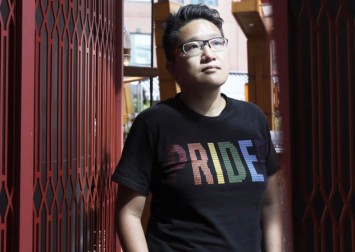 He came out to his family after finishing high school in 2017 and asked his parents for permission to get gender affirmation surgery. They protested, citing negative information they found about being transgender, and repeatedly insisted that he was a heterosexual woman.

By 2018, he was living in a female dormitory and showed severe signs of depression. The school mandated that he take time off for treatment.

In early 2020, his parents finally relented and signed a document giving him permission to have top surgery to remove his breasts.

He had planned to have the surgery in March but it was delayed a year by the Covid-19 outbreak. During the delay, his parents once again became opposed to the surgery, forcing him to have the procedure in secret in January 2021.

"When they found out, they yelled at me for a day, but eventually got used to it," Chris said.

He is still fighting to get written permission from his parents to go for bottom surgery to reconstruct his female genitalia into male genitalia.

His relationship with his parents has become more awkward in some ways. "In the past, while I was showering, my mother would often come in to get her toothbrush, but she never did it again after my surgery," he said.

The transgender-friendly surgeon said that he had often had to play middleman between his patients and their families.

One previous patient was sent to an asylum by her parents after they discovered she had been using hormones to change her body, he said.

The surgeon said that most parents had never even heard of transgender people because they lack visibility in China.

"We would always communicate with their parents to understand what they are really thinking," he said. "We only do surgery when they absolutely understand and support it."

Xin Ge*, a Hangzhou-based transgender woman, is in a WeChat group with 35 other transgender people. Of the group's members, she is the only one who has not had surgery. 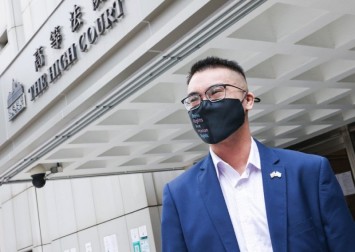 Xin, 23, said that ever since she was young, she had admired girls and wanted to be like them. In junior school, she felt jealous when watching animated films in which boys wore girls' clothing.

"They were boys, but they could be so cute in these dresses," she said. "It was lovely."

She later started watching documentaries about being transgender and learned people can take medication to change their gender. "They can choose for themselves," she said.

In high school, she tried to probe her parents about their attitudes towards LGBT people. However, she felt like they were disdainful of the community.

When she revealed a few years ago that she wanted to undergo gender affirmation surgery, they were uncomfortable, which has resulted in conflict and an emotional struggle between Xin and her parents.

"If I wanted to be comfortable, I might hurt you. But if I choose to not hurt you, I might be miserable my whole life," Xin told her father in a recent text message. "I don't know how to choose."

"Do you choose for your whole family to suffer, or suffer by yourself?" her father replied minutes later. "If you don't turn back, I might be too ashamed to see anyone."

"I'll think of a way to keep the [negative] consequences to a minimum," Xin argued.

"There is no way," her father said. "A person cannot be too selfish. Selfish people don't end up well."

With surgery a distant pipe dream for most transgender people in China, many like Xin have turned to hormones to help transform their bodies to be closer to their self-identified gender.

There are few hospitals that can prescribe these drugs, so most choose to buy from private suppliers who obtain the drugs abroad and bring them into China through the grey market.

However, this comes with risks, such as supply interruptions when suppliers are arrested by authorities, or receiving fake drugs, which once happened to Xin.

"The drug just didn't have an effect, that's how I knew," she said.

According to Chen, transgender NGOs have been working to tackle challenges faced by the community. They provide training to doctors to reduce discrimination, help parents accept their children and tell the public about what it means to be transgender.

Gillian, now living in the US, has given up on getting surgery in China.

Her transgender friends in the US have an easier time accessing medical resources, including surgery and prescription drugs, as well as social support. In multiple states, only a doctor's note is required to change the gender on one's driving licence.

She is on a waiting list for surgery in the US and Thailand. But now that she is living abroad, she is in less of a rush to have the operation.

"Nowadays, surgery is no longer a pressing matter that needs to be resolved immediately," she said. "I'm OK with either option."

*Names have been changed to protect the interviewees' privacy