Officers at the scene to investigate a burglary claim.

The daughter of Hong Kong tycoon Dickson Poon, known for her fashion background, has become a victim of a burglary at her home in The Peak.

The flat in Cragside Mansion on Barker Road was confirmed by a police source as belonging to Dee Poon Chu-ying, 36, managing director of brands and distribution at Esquel Group.

Officers had received a call from a domestic helper shortly before 10am on Sunday, claiming that a window in the home was forced open.

A bedroom and a cloakroom were found to be ransacked.

The financial loss from the case is not yet confirmed as Poon, who is also a member of the West Kowloon Cultural District board, is abroad. Some jewellery, cash and two mobile phones were among the items reported lost. 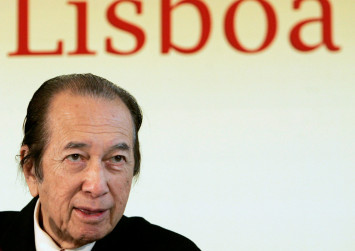 Signs of a burglary were first detected on Thursday by the helper, who works for Poon's mother Marjorie Yang Mun-tak in another flat nearby. The case was only reported three days later when Yang, who was also overseas, returned to the city.

Officers from Central district are investigating. No arrests have been made.

Poon, a Harvard graduate, runs Pye, a high-end branded outlet for Esquel shirts in China. Esquel Group, the city's most prolific maker of cotton shirts, was founded by her mother's family.

Yang, chairwoman of the group, was the first wife of Dickson Poon, who owns luxury department store Harvey Nichols.

Luxury residences on The Peak have been targets for burglars recently.

On Jan 31, a male resident of a house in Kellett Villas on Mount Kellett Road found three men trying to force open a door on the roof of his home. They fled after being spotted.

On Jan 30, signs of a forced entry was found at another house along the same road. No valuables were lost.