First Chinese coronavirus cases may have been infected in October 2019, says new research

The disease was first identified in Wuhan in late 2019.

The earliest Covid-19 cases in Hubei province might have emerged as early as October 2019 – weeks before the first known cases – according to new research.

A study published in the journal Science last week said these cases would have been difficult to detect and the disease would have established a firm foothold among the human population before it was identified.

“It is highly probable that Sars-CoV-2 was circulating in Hubei province at low levels in early November 2019, and possibly as early as October 2019, but not earlier,” the researchers from the University of California San Diego wrote.

“By the time Covid-19 was first identified, the virus had firmly established itself in Wuhan. The delay highlights the difficulty in surveillance for novel zoonotic pathogens with high transmissibility and moderate mortality rate.”

The study examined ways the coronavirus may have evolved based on publicly available genome sequences and epidemiological simulations.

It also explored different scenarios, including the possibility that weaker but earlier strains might have become extinct before a more deadly strain started to spread among Hubei residents. 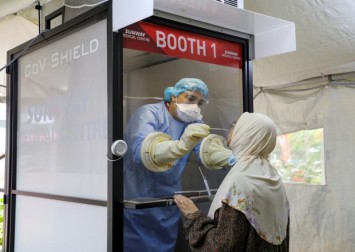 The scientists’ calculations also tried to account for different reports about when the earliest cases were documented in Hubei.

According to a paper published in The Lancet in February 2020 by a group of doctors from Wuhan and Beijing, the first patient they documented had a symptom onset date of Dec 1. However, in a press conference on Jan 11, Wuhan health commission said the symptom onset date of the patient was Dec 8.

Based on the Lancet timeline, the scientists suggest the index – or original – case would have contracted the disease around Nov 17, 2019.

The scientists also referred to a South China Morning Post report that the first confirmed case in the Chinese government database can be traced back to Nov 17.

Scientists are still trying to trace the origins of the coronavirus and discover when it jumped from animals to humans.

A team from the World Health Organization is about to publish a report after visiting Wuhan earlier this year to try to trace the virus’ origins and early spread. 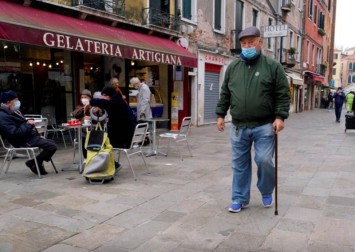 China insists no cases were identified in November. In a recent interview with state media, Liang Wannian, the Chinese team leader in the joint mission with the WHO, said the onset of symptoms for the first patient they identified happened on Dec 8.

Chinese media has reported that the first human case identified was a man surnamed Chen, but he was not the patient zero.

The San Diego study also suggested that the coronavirus may have jumped from animals to humans many times, although many strains will have died out, and it could not rule out the possibility that the index case had been infected outside Hubei.

“The high extinction rate we inferred suggests that spillover of the Sars-CoV-2-like virus may be frequent, even if the pandemics are rare,” the study said.

The simulation suggested the four people had been infected with the disease on Nov 17, rising to nine by Dec 1, adding that there was no evidence the number of hospitalisations had increased until mid to late December.

This means the disease was unlikely to have spread outside China so early in the outbreak, and the research said that studies suggesting the virus had been found in waste water outside China before November 2019 were “unlikely to be valid, and the suggestion of international spread in mid-November or early-December 2019 should be viewed with scepticism”.

The paper continued: “Our results also refute claims of large numbers of patients requiring hospitalisation due to Covid-19 in Hubei province prior to December 2019.” 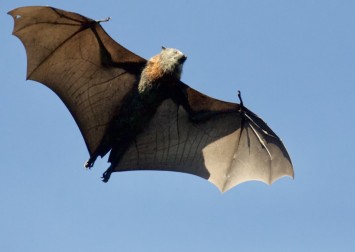 The paper said waste water samples from Hubei collected from early to mid November, if there were any, would be the best chance to detect early cases.

It also suggests Hubei was where human-to-human transmission of the coronavirus first occurred in China given there was no report of the disease in other parts of China.

But the scientists said their calculations provided further evidence that the Huanan seafood market was not likely to have been the source of the outbreak.

“Finding the animal reservoir, or hypothetical intermediate host, will help to further narrow down the date, location, and circumstances of the original Sars-CoV-2 infection in humans,” the paper added.