The undercover report by a female journalist who started work in the factory at the end of last month revealed workers there were told to wear dirty uniforms. A manager rejected the reporter’s request to change a uniform that had turned yellow, black and smelled bad.

Most workers had not undergone a compulsory health examination, as required by the authorities for food companies, and their health certificates were forged by Shuanghui, the report said.

In one half-hour period, the reporter observed 11 workers enter the factory and noted that none used alcohol to disinfect their hands in the disinfection area as legally required. 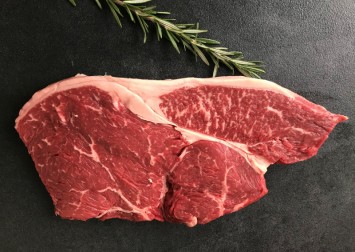 One worker didn’t even didn’t wash her hands before entering the work area.

In the meat processing area, when a piece of pork chop fell onto the ground, a worker picked it up and packaged it without even attempting to clean it.

After the journalist reported the incident to a supervisor, he said it was fine as long as he personally had not witnessed the incident.

The reporter also saw another worker wash a towel in a bucket of dirty water. The worker then took the towel back to his work station where he used it to wipe his hands and then wiped the sausages on the assembly line with it.

Besides hygiene violations, Shuanghui is also alleged to have breached labour laws by letting staff work 11.5 hours a day, according to the report.

The company said it is investigating the allegations contained in the report, The Beijing News reports.

With nearly 2,000 workers, the Nanchang branch of Shuanghui slaughters 2,000 pigs a day.

In March last year, popular congee chain Man Ling apologised after one of its restaurants was exposed using leftover food in congee dishes. Its staff were revealed to be handling food without washing their hands.