A former Hong Kong care home warden has denied sexually assaulting a visually impaired schoolmate on five occasions, starting in 1982 when she was seven years old.

Prosecutors on Monday opened their case against Cheung Kin-wah, 57, and summoned his complainant, 44, who accused him of kissing, groping and grinding up on her while they were at school and camp more than 30 years ago.

The District Court heard that the alleged assaults led the school's principal at the time to demand Cheung's departure in March 1987, following a social worker's intervention. The complaint was not reported to the police until mid-October 2016 when the woman identified Cheung on the news as the man who had assaulted her years ago.

Cheung, the former superintendent of the now-defunct Bridge of Rehabilitation Company, has a clear criminal record. 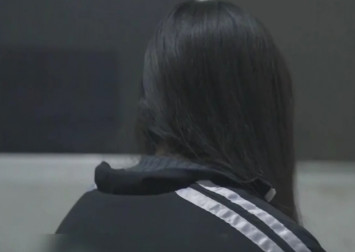 The court on Monday did not dispute that Cheung was also visually impaired. He had told police that he now retained only one to two per cent of his vision, down from five per cent from when he was attending the same school as his accuser, referred to by the court as X.

Cheung's defence is expected to challenge his identification. He pleaded not guilty to five counts of indecent assault, an offence punishable by 10 years' imprisonment.

Testifying for the first time, X said her mother had told her she was visually impaired when she was a child but she only became aware of her difference to others when she was required to attend the specialised school where she met Cheung.

"He liked to play with kids, that's how I knew him," she testified through a live video link.

One day after lunch in 1982 or 1983, she said she was on her way to the library when she heard Cheung call her name. He asked if she wanted to see the medals he had won.

The court heard Cheung was a member of Hong Kong's paralympic swimming team, with which he had won four medals at the Far East and South Pacific Games for the Disabled in 1982 and a bronze medal at the Paralympic Games.

After X agreed to see the medals, she said Cheung led her to a concealed area between bookshelves in the library and moved her down onto the floor, where he began brushing his lips against hers and grinding his body on hers.

"I tried wriggling but I was very young and very thin," she said. "He was very heavy."

"How did you know it was [Cheung Kin-wah]?" said Jasmine Ching Wai-ming, the senior public prosecutor.

"At the time, I could still see a little," X said. "And he called my name. I recognised his voice."

Similar alleged assaults took place at the school's staircase and an activity room, X said, before it escalated during a camp they both attended one summer between 1984 and 1986. At the time, Cheung was helping the school as an assistant after his graduation.

X said Cheung offered to teach her how to swim but instead touched her breasts and slipped his hand under his swimsuit to grope her private parts.

"I felt I needed to stop him," she said. "When I pulled his hand out, he immediately grabbed my hand to touch his private parts, so I withdrew."

She also accused him of pulling her into a shower room where he hugged her very tightly and rubbed his body against hers.

The school's social worker became aware of the alleged assaults after X told a classmate about them.

"She asked if I was assaulted. I said 'yes'. I cried immediately. I think I cried very hard," X said.