A former vice-president of a top Chinese university has been sacked and stripped of his Communist Party membership after a six-month investigation into sexual harassment and corruption allegations.

"[The commission] has removed Cai's party membership, terminated his university post and confiscated his illicit gains," said a statement posted on the website of the Central Commission for Discipline Inspection, the country's top graft-buster, on Wednesday.

Cai was vice-president of the Communication University of China between 2014 and January 2018, according to the statement. He was then assigned to the role of doctorate and master's student supervisor at its Institute of Communication Studies.

The university is well known for training talent in the television and film industry at its campus in Beijing. In recent years, allegations of sexual misconduct involving staff and students at the campus have circulated on social media platforms.

In July 2018, a woman claiming to be one of Cai's former students accused him of sexual harassment in a social media post that was widely shared on Weibo, China's version of Twitter.

At the time, the #MeToo movement was gaining traction in China and women were encouraged to share their experiences of sexual harassment or assault. Many of those allegations were made against professors at universities.

The woman was introduced to Cai by her father when she studied at the university 10 years ago, according to the post under the account name Shaoxi, which has since been deleted.

She said she saw Cai as a father figure and claimed he tried to sexually assault her during a trip to a hot spring on the outskirts of Beijing. 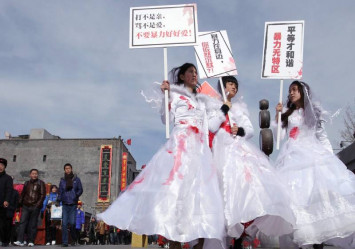 She wrote in the post that he had stopped when she refused his advances, but said she was traumatised for several months after the incident.

A member of Communication University's teaching staff who requested anonymity said the disciplinary watchdogs had conducted extensive interviews on Cai's personal conduct as part of an investigation that began in June last year.

Cai's accuser said she was encouraged to speak out after a third-year student made a sexual assault allegation against another professor at the university.

The student, whose identity was not made public, accused management professor Xie Luncan of sexually assaulting her in late 2016.

She made the allegation in a social media post in July 2018, and Communication University said later that month that it was investigating Xie's conduct. There has been no update on the case since then.

An emailed request for comment and calls to Communication University's public relations department were not answered. 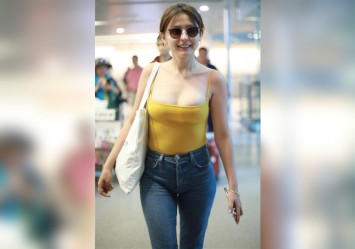 Cai is the latest university educator to face consequences for sexual misconduct. In December, Feng Renjie from Peking University was sacked over accusations of inappropriate relationships with multiple women, while Qian Fengsheng from Shanghai University of Finance and Economics was fired over the alleged sexual assault of a student.

In response to the two cases, the education ministry said it would take a zero-tolerance approach to teachers who sexually harassed or carried out actions that physically or mentally harmed students.

It referred to a code of conduct issued in 2018 that calls for penalties such as termination of employment and lifetime teaching bans for sexual offences against students, and for schools to report criminal cases.