Officers from the Anti-Deception Coordination Centre are helping to trace down the money involved.

Hong Kong police have arrested a 27-year-old man suspected of duping a 72-year-old woman out of HK$3.5 million (S$602,000) in cash and valuables by offering to help get a refund of her 15-year gym membership and coaching fee worth HK$2 million.

As the money she lost was well above the amount of the refund, a police source said officers were looking into whether it involved a romance scam even though the victim denied it.

The woman, a retired clerical worker, joined a fitness centre in Ngau Tau Kok in 2012 and paid HK$2 million for membership and coaching fees between 2012 and 2027, according to police.

She later got acquainted with the man – a fitness coach at the centre – who became her personal trainer.

Inspector Tam Lok-yan of the Sau Mau Ping criminal investigation unit said: “After learning she wanted the refund of membership fee from the centre last year, the suspect told her he could help her with that.”

The man allegedly gained her trust and tricked her into paying him HK$2.6 million and buying him four luxury watches worth more than HK$900,000 in 11 transactions between last October and November.

Tam said the victim was told the money and valuables were the handling fee to help her get the refund.

The woman later became suspicious as he allegedly demanded more money from her. She realised it was a scam when she inquired about the matter at the fitness centre.

Officers from the Sau Mau Ping criminal investigation unit began investigating after she made a report to police on Sunday.

Police picked up the 27-year-old suspect in Tai Po at around 4pm on Wednesday. 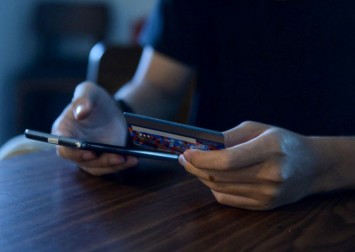 He was arrested on suspicion of obtaining property by deception, an offence that carries a maximum penalty of 10 years in jail.

Officers from the Anti-Deception Coordination Centre are helping to trace down the money involved.

As of noon on Thursday, the suspect was still being held for questioning and had not been charged.