A gambling addict who gruesomely disfigured a friend and "ruined her life" in an acid attack was jailed for 12 years on Monday.

The High Court heard Dan tricked the younger woman into believing Dan was visiting her to repay a gambling debt on April 23, 2017, when Dan threw drain cleaner at Huang and slashed her with an eight-inch fruit knife.

The attack left Huang with third-degree chemical burns to 70 per cent of her face and body, deformed eyes, loss of nose cartilage and extensive scarring that required 14 operations, on top of needing regular therapy for post-traumatic stress disorder, depression, anxiety and phobia. 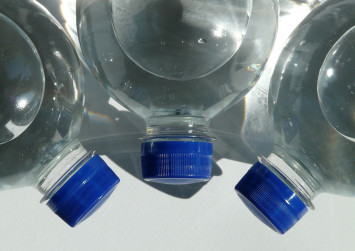 Huang said her life had been ruined as she could no longer eat or sleep properly, shops refused to serve her and parents stopped their children from approaching her, leaving her socially withdrawn.

Investigators who examined the cleaner used in the attack discovered it contained 97 per cent sulphuric acid, an extremely corrosive substance which could cause the skin to turn black or die in severe burns, as happened in Huang's case.

Dan admitted to police she bought the drain cleaner and fruit knife to attack Huang because the accused woman felt angry and desperate, after Huang's boyfriend had urged Dan to settle the debt.

The mainland-born woman later pleaded guilty to throwing corrosive acid with intent to do grievous bodily harm, an offence punishable by life in prison, after prosecutors agreed to a plea bargain to reduce the charge from attempted murder.

In mitigation, her defence counsel, Yeung Yeuk-chuen, argued the attack had been out of character, and caused by a temporary loss of reason.

Dan wrote the court to express her remorse and explained how she had begun gambling after two failed marriages and tried in vain to quit.

"I will be guilt-ridden for the rest of my life," she wrote. "I only hope to offer my sincere apology and ask for forgiveness."

Deputy High Court judge Anthony Kwok Kai-on found that Dan had committed a serious and horrific crime that could only be mitigated by her admission of guilt, and adopted a starting point of sentence at 18 years, before he reduced it by one-third to 12 years to credit the timely plea.

"I'm not trying to be melodramatic. Although you have not killed her, it makes no difference … it's heartbreaking," he said.

"Only a sentence of this length justly punishes you for your culpability, provides strong deterrence to the others and appropriately conveys the court's and the community's denunciation of this conduct.

"I fully appreciate this is a severe sentence and a heavy blow to you but it is one that - in the circumstances of this case - you rightly deserve."