Guo Meiling, who blended online influencing with crime, sentenced in China to 30 months in prison over illegal diet pills

Guo Meimei in one of her social media posts before her fall from grace.

A Shanghai court sentenced Guo Meiling, a Chinese influencer better known as Guo Meimei, to two-and-a-half years in prison and fined her 200,000 yuan (S$42,000) for “selling poisonous and harmful food” on Monday (Oct 18).

Her accomplice, Wang Zouya, was sentenced to seven months in prison and fined 10,000 yuan, the Shanghai court said in a WeChat article.

Guo was among 75 people arrested by Shanghai police for selling diet food that contained banned substances in a case that involved more than 50 million yuan, Chinese news portal The Paper reported in April.

The police received a tip in December that some people were advertising “special dietary foods” online, but the products had included sibutramine, an appetite suppressant that is banned in China, the report said.

Sibutramine is a drug that can be used to treat obesity, but it also has side effects like uneven heartbeats, shortness of breath, dangerously high blood pressure and sudden numbness on one side of the body.

The police shut down three production headquarters and 24 sales stations. They confiscated more than 65,000 pills, 34kg of raw material, three pieces of machinery and more than 20,000 pieces of packaging material.

In August, the Shanghai court held its first public trial for Guo and Wang, a previous official court notice said.

Prosecutors accused Guo and Wang of selling a “dietary candy” they obtained from another seller, surnamed Zhao, and were aware that the candies included sibutramine. Zhao is being investigated in a separate case, the court said.

According to China’s Criminal Law, anyone who mixes harmful substances into food for sale, or sells such food knowingly, can be sentenced to up to five years in prison.

If the food caused an accident or other damages, they could be sentenced to five to 10 years in prison.

Read Also
'I will do better': NOC's Sylvia Chan and other local influencer scandals that had netizens shook 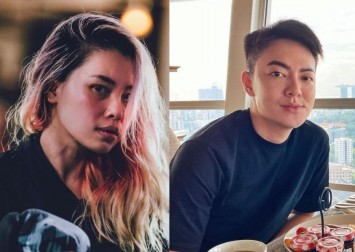 Born in 1991 in Hunan province, Guo was one of the first online influencers and viral celebrities. But these days she is best known for her scandals.

In 2011, she posted a series of pictures of her extravagant lifestyle on Weibo. She either sported expensive jewellery or limited edition Hermès purses or drove pricey supercars.

She also claimed to be the general manager of a firm called Red Cross Commerce, which caused public anger and attracted the attention of officials.

In 2014, Guo was detained on suspicion of running a gambling den, engaging in prostitution and posting fraudulent information online during the World Cup.

In 2015, Guo was sentenced to five years in prison for operating illegal casinos. She was released in July 2019.