Mid-Autumn Festival is a special occasion to gift people mooncakes, but there is another seasonal food in mainland China that might be more valuable: hairy crabs.

Coupons, or "paper crabs", are used to redeem Yangcheng Lake crabs, considered the best of the hairy crabs that are in season every Autumn from around late September to December.

Hairy crabs are a popular delicacy in mainland China and Hong Kong, and while they are farmed elsewhere, including Japan and Taiwan, the ones from Yangcheng Lake in Jiangsu province are especially famed for their creamy roe.

Coupons for crabs worth a certain value are pre-sold around this time of the year to be redeemed later and are popular gifts - and an attractive temptation for fraudsters.

In an annual tradition, authorities and state media warned the public to watch out for schemes to swindle them out of money. The most prevalent fraud is selling coupons from "Yangcheng Lake crabs" that are actually harvested in nearby lakes or ponds.

The coupons are meant to guarantee the crabs are of high quality, as Yangcheng crabs are thought to be the best in China, but false packaging of different crabs is a common tactic for people trying to make a quick buck, said an article from the Xinhua Daily, the newspaper owned by the Jiangsu provincial Communist Party.

"Public data show that Yangcheng Lake produces about 1,500 tonnes of crabs every year, but these crab coupons sell about 500,000 tonnes … so it is unreasonable to expect these coupon shops and crab farmers to produce that many quality crabs," the article said.

It said that crabs from other ponds should be five to 10 times cheaper than those from Yangcheng Lake.

Another long-standing complaint is that the shops and agents are profiting from the coupon sales without selling the crabs.

The coupons are produced and sold to consumers, who give them to others as gifts. But not everyone loves crabs or wants to go through the process of cooking them, so they resell the coupons to scalpers, who then resell the coupon back to the store that produced them. 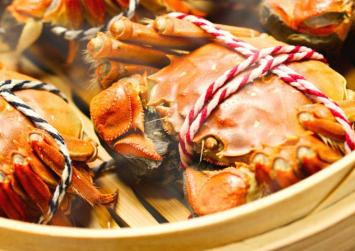 Everyone except the original buyer makes money during the transaction, even if no crabs were ever sold.

In the past, officials have also warned about cases of corruption involving crab coupons.

Last year, an article from the Newspaper of China Discipline Inspection and Supervision said there could be cases where the coupons are given to party cadres as gifts as a subtle form of bribery.

"The coupons are sold in different ways through different channels … and the Mid-Autumn Festival and National Day holidays are an easy occasion for those gifts," the article said.

The article called for an inspection into buying coupons with public funds and an investigation into officials that might have received crab coupons as gifts.