Has China's push to ban 'effeminate' and 'sissy' men claimed its first victim? The tragic case of Zhou Peng

A picture of 26-old-photographer Zhou Peng who disappeared on his birthday, and was found dead in early December 2021.

The death in late November 2021 of a 26-year-old Chinese photographer who took his own life has reignited debate about the mental health and bullying implications of China's push for boys and men to be masculine and not "sissy or effeminate".

When he died, Zhou Peng, a bona fide social media celebrity, left an apparent suicide note more than 5,000 words long on his Weibo account before apparently jumping into the sea in Zhejiang province in eastern China.

"This will be the last time I introduce myself…" he opened, before describing himself as being a "left behind" good boy with good manners. He described the bullying he endured at school due to his physical appearance and referred to "verbal abuse, marginalisation and threats".

"Boys are supposed to be naughty, fight, and swear, and boys who are too quiet and polite are effeminate," he wrote. "I was called 'sissy' at school. I might have appeared somewhat like a girl when I was younger, but I dressed 'normally' and didn't attempt to imitate girls."

Despite the lengthy catalogue of abuse and bullying he described, Zhou said: "My death has nothing to do with anyone."

A few days later, in early December, police reported they had found his body and said they had ruled out foul play. 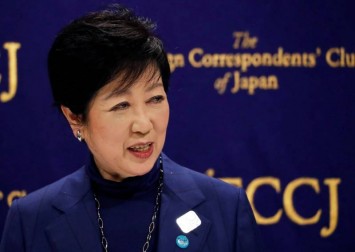 Zhou's history of abuse and trauma started before China's recent drive to make its young men more macho and masculine and stamp out effeminate or gender diverse identities.

However, many of his friends said they had no idea he had experienced bullying, nor were they aware of the lasting and damaging impact it continued to have on him into adulthood, reported The Beijing News.

Zhou's death came just months after China announced bans on "sissy" and "effeminate" men in the entertainment industry, along with plans made in early 2021 to boost traditional masculinity in schools.

The University of Nottingham's Dr Hongwei Bao, an expert in gender, sexuality and identity, said the suicide was a sign that recent pronouncements by authorities were having a direct impact on people's mental health.

"This will definitely affect people's well-being and mental health negatively, especially for young people from gender and sexual minorities. They know the society is against alternative gender expressions and even the state is openly supporting and tolerating this," he told the South China Morning Post.

"They cannot turn to teachers, doctors or social workers for help because many of these professionals will also have their prejudices."

Bao said social media was another part of the problem and was often more dangerous for vulnerable people than the offline world.

"On social media platforms, this can feel all too overwhelming, as abuses can come from anyone at any time and from anywhere.

"It gives the impression that the whole world is against them and there is no escape. Bullying is bad enough and online bullying is extremely harmful," he said. 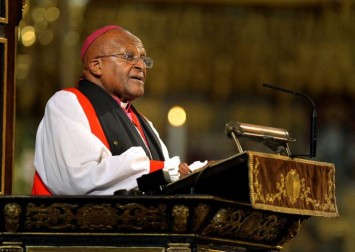 Even less direct government crackdowns, such as reining in big tech companies, have had the unintended consequence of affecting people who found safety nets on platforms that have embraced diverse sexual and gender identities, said Dr Shuaishuai Wang, a lecturer in New Media and Digital Culture at the University of Amsterdam.

"These sites allowed content called boys' love, online fiction that depicts a romance between two men, to flourish. Large online fan groups, including both women and gay men, emerge around these boys' love dramas," he said.

Bao says that, at a time of rising nationalism and tensions with the West where everyone in China is increasingly on edge and watching each other for signs of disloyalty, there is growing pressure to conform to gender norms.

"This type of traditional masculinity often has a nationalist, patriotic and jingoistic overtone: people who do not conform to gender norms can be seen as 'not Chinese' or 'not patriotic' enough," he said.

"This is deeply problematic. After all, there are as many ways to be Chinese as there are ways to express one's gender and sexuality — an open and diverse society can accommodate all of them."

Bao said we can find hypermasculinity in many countries that are trying to project political strength on the international stage, but "unfortunately, this manifests itself as the bullying of young people with soft masculinity and the silencing of gender and sexual minorities."

Many comments online expressed concern about how many more people like Zhou would feel isolated and be placed at risk as the current policies continued. A quick browse of Chinese social media revealed many comments from people struggling with their own trauma.

"After reading, my tears fell, and I looked so much like him. How many times have I struggled and needed help from others? Thankfully, I managed to survive," wrote one person on Weibo.

Another person said: "I have also been bullied on campus. No one can help me. I will never forget this feeling in my life!"

In Zhou's final Weibo post, he urged parents and others to support people who did not fit into the mainstream.

"Stranger, please remember that you are worthy of being loved!" he wrote. "People like me, but please love us a little more. We never lack the spirit and motivation to fight for a better life."