Zhan Suet-lam was born at the United Christian Hospital in January 2016.

A coroner has called for medical workers in Hong Kong to show better judgment and be more alert after ruling that the death of a baby girl nearly six years ago was an unexpected result of a labour-inducing procedure.

The Coroner’s Court on Tuesday (Nov 23) recorded a verdict of death by misadventure in the case of Zhan Suet-lam, who suffered bleeding in the brain after she was born with the help of a vacuum device in United Christian Hospital on Jan 30, 2016.

The seven-day inquiry heard that doctors had decided to guide the infant through the birth canal using a suction cup on her head after her mother, 42-year-old Weng Mei-rong, had difficulty giving birth to the child the natural way.

Zhan was born in the early hours that day after four attempts to pull the baby out, but was immediately sent to intensive care due to swelling in the head. She died on Feb 6 that year.

An obstetrics expert said Zhan’s death was a direct cause of vacuum-assisted delivery, but added that the number of times of its application on the infant was within the permitted range according to hospital guidelines.

Weng’s attending obstetrician, Chan Chung-yin, admitted in court that she might have misjudged Zhan’s position in the womb when she applied the suction cup on the infant’s head.

Weng criticised her doctors for failing to notify her about the risk of the medical procedure. Chan dismissed the complaint, saying the mother had given her consent before labour. 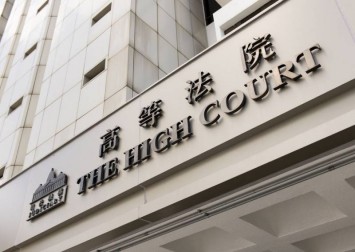 But Coroner Stanley Ho Chun-yiu found the mother’s grievance justified, noting that the consent form signed by Weng only indicated that swelling in the head was a potential but not fatal side effect, let alone the possibility of serious complications after birth.

Ho also found it undesirable for Chan to remind Weng about the procedure only after she had gone into labour.

While accepting the hospital’s directions on vacuum-assisted delivery were reasonable, the coroner said obstetricians needed to make better decisions during labour and be aware of possible complications arising from the use of a vacuum device.

He also urged health authorities to standardise treatment in cases involving profuse blood loss in underage patients, such as enacting a protocol for blood transfusion.

Weng, now 48, said her daughter had died miserably and she was not sure if the ruling could help her in any way.

United Christian Hospital extended its condolences to the family and said it would study the recommendations by the court and would provide assistance to the family.