A handout photo. A screengrab of a video showing Chong Chew-peng tossing the baby onto a mat.

A babysitter who tossed an eight-month old baby to the ground for refusing a bottle of milk was jailed for six weeks by a Hong Kong court on Friday.

Chong Chew-peng, 56, was sentenced at Kwun Tong Court a month after she was filmed abusing the girl inside a flat at Tsui Ping (South) Estate on June 18.

In a 1½-minute video that went viral online, the infant could be seen squirming as Chong shook her while trying to feed her.

The woman then suddenly dumped the baby on a foam mat, telling her: “Cry, cry the way you want. What happened?”

With her back to the camera, the woman continued force-feeding the crying infant. She gave up and left the camera’s sight 30 seconds later, telling the baby: “Good, keep crying.”

Chong was arrested the same day after the baby’s father found out about the incident through a security camera in the house. She pleaded guilty to assaulting a young child earlier this month.

In Friday’s sentencing hearing, Chong’s lawyer said a close friend of his client died the day before the offence, which had likely caused a relapse of her mental ailments.

Despite only getting two hours of sleep the night before, she declined to take a day’s rest as she thought that would have affected her employer, the lawyer added.

A psychological report said the defendant appeared to have placed her job duties above her own mental health, adding the woman was not a violent person and unlikely to reoffend. A psychiatric report suggested the defendant should continue psychiatric treatment. 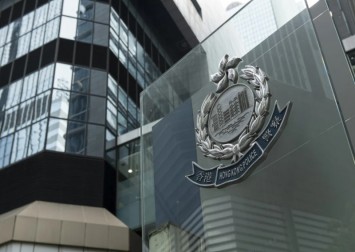 In her letter to the court, Chong said she was sorry and promised not to take any jobs that would involve taking care of babies in the future.

However, Magistrate Minnie Wat Lai-man declined the defence request to set a starting point of sentence at three weeks in prison, which would have allowed Chong, who had spent two weeks in custody, to walk.

“The court cannot see any reason to reduce the sentence,” Wat said. “Instead, the court needs to point out that the breach of trust involved in this case calls for … a deterrent sentence. This is completely outrageous.”

The magistrate shaved three weeks off from a starting point of nine weeks in jail to reflect the defendant’s guilty plea.

Ill-treatment of a child is punishable by 10 years in prison, but capped at three years when the case is heard by a magistrate.