Dr Vanessa Kwan has been jailed for six years for manslaughter.

A doctor was jailed for six years on Monday (Oct 4) for manslaughter over a fatal liposuction procedure at a Hong Kong beauty centre in 2014.

Dr Vanessa Kwan Hau-chi, 38, is the third doctor in five years to go to prison for manslaughter by gross negligence relating to a botched beauty treatment, though the industry offering such services has remained largely unregulated.

The case was a classic example of the need not only to regulate private health care facilities, but also reflect on whether high-risk medical procedures should be allowed on such premises, the presiding judge said at sentencing.

Last December, Dr Mak Wan-ling was jailed for 3½ years for her role in the city’s worst beauty treatment blunder on record, in which one woman died and three others fell ill in 2012.

Her boss, Dr Stephen Chow Heung-wing, is serving 12 years for introducing the unproven treatment that led to the complications.

In the latest case, the High Court heard that Josephine Lee Kar-ying, a 32-year-old dance instructor who weighed 113.5kg before receiving treatment, died after her second liposuction procedure, during which she was heavily sedated while Kwan removed fat from her back at the Regrowth Hair Transplant Centre in Tsim Sha Tsui on June 26, 2014.

Her cause of death could not be ascertained, but experts have ruled out an overdose of anaesthetics, trauma, haemorrhage and infection.

In August, a jury concluded that Kwan had failed to take reasonable care of the woman’s safety and that breach amounted to gross negligence, which was a substantial cause of death.

In particular, Kwan failed to ensure a properly qualified person – such as an anaesthetist – was present to administer and monitor the sedation, and to follow the Hong Kong Academy of Medicine’s guidelines.

She also failed to ensure sufficient oxygen supply during Lee’s liposuction, did not provide her with proper and adequate monitoring, and did not administer resuscitation measures quickly enough after the procedure. 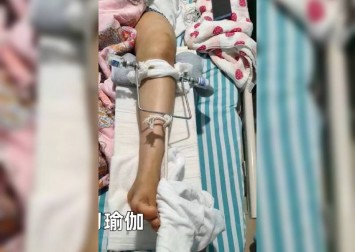 On Monday, Madam Justice Susana D’Almada Remedios said the incident was caused by immense failings in the defendant’s duty commencing at the outset of the surgery until the end.

Kwan displayed a blatant and serious disregard of the well-being of the deceased, characterised by how she nonchalantly silenced Lee’s vital signs monitor during the operation when the alarm was triggered to indicate Lee was in danger, the judge continued.

“The defendant displayed a casual, carefree approach to this invasive procedure performed under deep sedation,” the judge said. “This was an abysmal failure of her duty of care incumbent on her and showed such high disregard to the life and safety of Lee.”

In mitigation, defence counsel Paul Leung Chiu-lam submitted that Kwan had performed liposuction without incident on more than 80 occasions, including once previously on Lee, who had been her friend.

That track record had “lured her into a false sense of security”, he added, causing her to make a serious error of judgment.

That submission was unsound, the judge said, as “the fact that something was done erroneously and nothing adverse happened does not make it right”.

The court heard Lee’s demise led to the closure of a dancing school founded in 2006 by her and her mother, who was said to be experiencing “a lasting and long bereavement” coupled with “distress and disorders”.

Their daughter, who was just an infant in 2014, only came to know the cause of her mother’s death recently, which led to “an upsurge of anger towards the doctor”.

Senior Inspector Terry Tang Ka-ho said the police had decided not to prosecute other personnel at Kwan’s beauty centre after consulting the Department of Justice.

The Private Healthcare Facilities Ordinance, which took effect on Jan 1 this year, regulates what procedures can be performed in private settings and stipulates that liposuction must take place in a licensed clinic.

Kwan is facing civil claims and a disciplinary hearing, which could result in a ban from medical practice.