Hong Kong doctor recalls Covid battle on the front line, tears of despair at lack of prompt treatment for patients and lessons to be learned

Despite having worked on the front line for more than three decades, Dr Ho Hiu Fai recalled how helpless he and his colleagues felt when they saw how Hong Kong's fifth Covid-19 wave left hospitals overwhelmed with patients who were unable to receive immediate help.

The sense of helplessness became so strong that Ho, a consultant in the accident and emergency department of Queen Elizabeth Hospital (QEH) in Yau Ma Tei, broke down in tears during a meeting on March 9 when he briefed staff on the arrangements for the hospital's conversion to a designated Covid-19 facility.

The photo of him shedding tears went viral on social media.

"I was emotional not because of the pressure, but because I felt our colleagues were working so hard but still many patients could not receive treatment," Ho, 60, said last Friday, the first time he had spoken to the media since making news in March.

In early March as the fifth wave of infections raged, 403 patients were at one point stuck in the hospital's A&E because of limited beds, Ho said.

Nine staff including Ho, seven teams and 13 employees aged 40 and below have won this year's Outstanding Staff and Teams and Young Achievers Award, an annual Hospital Authority accolade which aims to recognise workers for their dedicated service.

Ho cut short his Lunar New Year holiday and rushed back to the front line when the city's surging fifth wave, which started last December, resulted in tens of thousands of new infections daily. The daily caseload peaked at 58,757 on March 9, before gradually dropping.

The city's medical system was stretched to the limit when hospitals were flooded with Covid-19 patients, many of whom, including elderly residents, were seen waiting outside health facilities in the cold for hours or even days to be admitted.

The authority announced on March 8 that QEH would be converted into a designated hospital for treating Covid-19 patients from March 9, after Tin Shui Wai and North Lantau hospitals.

Ho, a seasoned doctor of 36 years, said hospitals faced difficulties in handling the pandemic no matter how much advance planning they did as the health crisis simply did not pan out the way they expected.

"I don't think anyone should be held accountable for the outbreak, but there are certain things which could be avoided," he said, referring to the then low vaccination rate and overwhelmed medical system.

He said one lesson that could be drawn from the fifth wave was to respond promptly, observe trends in how the outbreak developed, and make preparations within the first week of a wave of infections so medical staff would be able to deal with any surge in cases.

But Ho said he believed the hospitals would do better if a sixth wave emerged, as there were now community isolation facilities to help relieve the pressure. The city's inoculation rate, which stood at 92 per cent as of Tuesday, was also improving.

Ho also led the hospital's A&E in 2003 when the city battled an outbreak of Severe Acute Respiratory Syndrome (Sars). Not much was known about Sars back then and that posed a greater challenge for medical professionals, Ho said, but for Covid-19, tests detected infections and vaccines were soon developed.

Apart from the public health crises, Ho has also worked on the front line during various disasters, including the 1996 Garley Building fire, which killed 41 people and injured 80 others, and the crash of China Airlines flight 642 at Hong Kong International Airport in 1999 which resulted in three deaths and more than 200 injured.

"We learned things from each of the disasters and hoped to make improvements," he said.

Ho has also devoted himself to improving the hospital's accident and emergency services for more than 20 years.

Ho started his medical career in 1986 when he joined QEH after graduating from the University of Hong Kong. He worked for six years at the hospital's surgery department before moving in 1994 to A&E, where he has been since.

He led the development of emergency trauma services from 1995 and co-operated with the department of medicine to establish the hospital's first emergency medicine ward in 2007 to provide short-stay in-patient service for those waiting to be admitted. A second such ward was set up in 2015 in response to increased demand.

In 2010, Ho introduced the "Osiris Room" service, the first such facility of its kind in a local public hospital, for patients to spend their last 24 to 48 hours with loved ones.

He brought in the Rapid Assessment and Treatment (RAT) project in 2014 to provide consultation and treatment by senior doctors to patients requiring urgent treatment and shorten their waiting time. 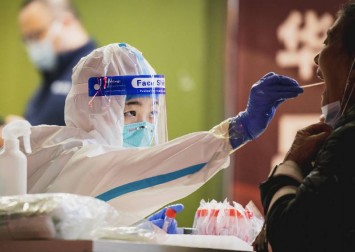 Ho admitted that as with many developed regions in the world, Hong Kong's accident and emergency services fell short when faced with mounting demand. However, hospitals had introduced a series of measures to cope, he added, including the RAT and a triage mechanism to assess and prioritise patients according to their clinical conditions.

He said accident and emergency services in Hong Kong had evolved over the past three decades. Previously, most cases involved trauma injuries but the department had evolved to handling more elderly patients. Given the city's ageing population, Ho said, the future of the service would be in geriatrics.

Had it not been for the city's fifth Covid-19 wave, Ho said he would have retired at the end of last month.

"Now I plan to stay until the end of October, and then enjoy a two-month holiday before returning to clinical work again," he said.