Hong Kong kidnappings: A body was found buried on hillside. We recount other notorious cases in the city

The most notorious kidnappings in Hong Kong occurred in the 1990s.

The case of a 51-year-old man thought to have been kidnapped on his birthday, killed and buried on a hillside in Hong Kong has shocked the city.

Police have arrested two men on suspicion of murder, with the death believed to be linked to gambling debts.

The grim find on Thursday (Sept 15) in the New Territories evoked memories of some of the most notorious abductions in Hong Kong.

What are details of the latest case?

The body of the victim was found buried on a hillside near Ping Yeung Village in Ta Kwu Ling.

A police source said the man was allegedly kidnapped, with captors demanding his wife pay for his release last week.

Police said the victim's body was buried in a shallow grave just 30cm deep and covered in a layer of cement with sand on top.

His head was wrapped with plastic tape and a stab wound was found on the left side of his chest. The victim was believed to have been dead for between eight and 10 days.

Is kidnapping rare in Hong Kong? What is the maximum penalty upon conviction?

Unlawful confinement of a person against his or her will involving the extortion of money is rare in the city. There were six kidnapping reports between January 2011 and November last year.

A police insider said criminals in recent times turned to deception to get money.

"Telephone scammers using tactics of bogus kidnapping may bilk more money and will face a lighter penalty if caught," he noted.

Fake kidnapping – one of three types of phone scams – involves victims being asked to pay for the release of relatives who fraudsters claim have been "abducted".

In Hong Kong, obtaining property by deception carries a maximum penalty of a decade behind bars.

Abduction is punishable by up to life in prison under Hong Kong's Offences Against the Person Ordinance.

What were the major kidnapping cases?

A number of abductions in earlier decades involved the city's wealthiest families.

Late billionaire and former chairman of property development firm Chinachem Group Teddy Wang Teh Huei was said to have survived several kidnappings until he was taken from his Mercedes on April 10, 1990. 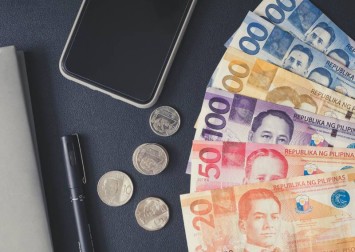 His captors demanded HK$467 million in ransom, and HK$260 million was paid. But Wang was never seen again.

On May 23, 1996, notorious gangster "Big Spender" Cheung Tze Keung and his accomplices, armed with two AK-47s, seven pistols and four bulletproof vests, abducted Victor Li Tzar Kuoi, the elder son of tycoon Li Ka Shing, as he was returning from his central office to his home on Deep Water Bay Road.

He was released after the family paid a HK$1 billion ransom. He was said to have been kept for one night by the gang.

On Sept 29, 1997, Cheung kidnapped tycoon Walter Kwok Ping Sheung of Sun Hung Kai Properties, when he was on the way to his Beach Road home in Repulse Bay.

He was released six days later, after a ransom of HK$600 million was paid. In 1998, Cheung was arrested and executed on the mainland along with four gang members.

In April 2015, Queenie Rosita Law, granddaughter of late textiles tycoon Law Ting Pong who founded Bossini, was abducted by a gang of mainlanders from her house and held in a mountain cave before family members paid a HK$28 million ransom.

Eight others, including a Hongkonger originally from the mainland, received terms of imprisonment ranging from 22 months to 15 years in a Shenzhen court.

The ransom in Law's case was later recovered, except for HK$110,000 believed to have been already spent by her captors.

What were other kidnappings in recent years?

In December last year, police rescued a 19-month-old girl and her domestic helper after they were bundled into a car near Cyberport in Pok Fu Lam and then locked inside a shipping container in Pat Heung.

Two men were arrested in connection with the case. The toddler's father was reportedly a Japanese who ran a sushi restaurant in the city.

About a month ago, a cryptocurrency trader, 39, was kidnapped in Kowloon Bay and held for a HK$30 million ransom.

He was beaten and detained at a village house in Tai Po for nearly a week before he managed to climb out of the block and was rescued by police on November 12.

Hong Kong and mainland police arrested more than 20 people, with several of them charged with kidnapping or conspiracy to kidnap.

In September 2020, a university student was abducted by four boys aged 13 to 17 in a Ngau Tau Kok hotel for a ransom of several million dollars. The victim managed to free himself.

Were recent cases of abductions solved?

A police insider said one of the reasons for the 100 per cent rate was that there were more channels to gather evidence, with security cameras and related surveillance technology available.