The driver of the bulldozer was brought to North Lantau Hospital where he was declared dead.

A worker died after a bulldozer he was driving accidentally fell into the sea at the construction site of the third runway at Hong Kong International Airport on Monday.

According to police, the 38-year-old man was fished out of the water by divers after the accident occurred at around 11.15am and taken unconscious to North Lantau Hospital, where he was later declared dead.

A police spokesman said an initial investigation found nothing suspicious and the case was being classified as an industrial accident.

The Labour Department said its officers immediately initiated an on-site investigation after being notified of the incident. 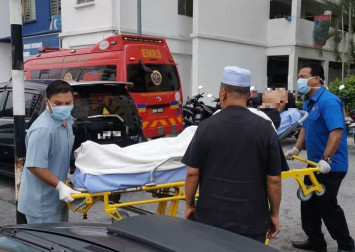 "We will issue notices to the contractors suspending the use of earthmoving machinery for landfill work," the department said in a statement.

"The contractors cannot resume work until the Labour Department is satisfied that measures to abate the relevant risk have been taken."

A spokesman for the department said they would complete the investigation as soon as possible to identify the cause of the accident, ascertain the liability of the duty holders and recommend improvement measures.

"We will take action pursuant to the law if there is any violation of work safety legislation," he added.