A father was sentenced to 16 months in jail at the District Court on Monday for assaulting his son with a knife last year.

A Hong Kong man who hacked his son with a knife during a dispute over bathroom use, leaving him in hospital for almost a month, has been jailed for nearly one and a half years.

Former butcher Wong Pak-chung, 79, was sentenced at the District Court on Monday (Aug 16) after pleading guilty to wounding with intent three weeks ago.

Deputy judge David Cheung Chi-wai accepted the septuagenarian’s explanation that he had impulsively assaulted his 31-year-old son after the younger man ignored his request to let him use the toilet.

Wong deserved leniency, Cheung continued, given his advanced age, deteriorating health, clear criminal record over the past 60 years and his good relationship with his family. Wong’s lawyer told the court the defendant’s son had since forgiven him for the attack.

The incident stemmed from an argument over bathroom use in Wong’s public housing flat at Lei Yue Mun Estate in Yau Tong on Oct 2 last year.

The court heard that when Wong went to use the bathroom that morning, his son, Wong Wa-lee, told his father to wait outside until he finished smoking.

After being made to wait for 15 minutes – and cursed by his son – the father grabbed a 30cm knife from the kitchen and barged into the unlocked toilet, slashing the younger man in the head, neck and upper body. 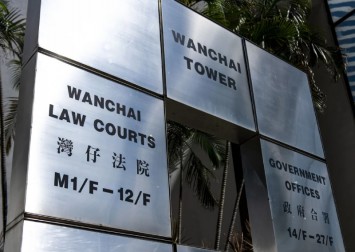 The son was later found to have a skull fracture and an eight centimetre laceration to his head.

There were also multiple cuts to his neck, shoulder, arm and elbow, with his muscles partially visible in the deep gashes.

He ultimately remained in hospital for 27 days.

In a police interview, the father admitted attacking his son in a moment of anger. He was charged and remanded in custody the next day.

The court heard that the defendant had a clear criminal record since coming to Hong Kong from the mainland Chinese province of Guizhou in 1960.

He was also the breadwinner of his family of four, with his son, who had only taken odd jobs before the attack, partially relying on him for a living.

Defence counsel Carl Yuen said Wong’s health had worsened in remand, during which he lost more than seven kilograms and was even sent to hospital at one point.

His son, now a warehouse worker, had forgiven him, Yuen added, noting that his client planned to spend his twilight years in his ancestral home on the mainland after his release. 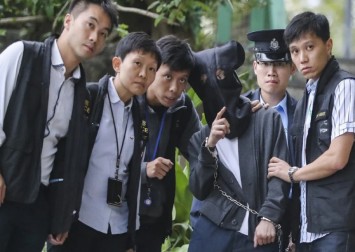 In his sentencing remarks, Cheung said that while a deterrent sentence was necessary to protect the public and reflect its abhorrence of such attacks, he agreed the present offence was an isolated one, and that jail time would be particularly painful to the accused given his poor health.

“The defendant and the victim are father and son. The case itself was a tragedy,” Cheung said.

The judge set a starting point for sentencing of two and a half years, then reduced it by 14 months.

Wong, who has already spent more than 11 months behind bars, is expected to be eligible for early release due to good behaviour.