he High Court heard the man raped the girl on two occasions between 2017 and 2019.

A Hong Kong man has been jailed for more than 10 years for repeatedly raping and assaulting his girlfriend’s teenage daughter over a two-year period.

The High Court heard the 42-year-old stockkeeper, who cannot be named for legal reasons, twice raped the girl, named only as X, without using protection, when they were visiting her grandmother’s home between 2017 and April 2019.

In the same period, he offered to pay her for sex on two other occasions – each time for HK$100 (S$17.34), which she rejected – and took pictures of her breasts and vagina while she was sleeping.

He also slapped the girl and struck her forehead with a chair as punishment when she went out with a man she met online on one occasion in April 2019, and hit her with a bundle of rattan sticks more than 10 times when she did not see her younger sister off at her school gate later in the same month.

The abuse, which began when X was 16, finally came to light on May 2, 2019 when she spoke to her supervisor at the fast-food restaurant where she worked. The supervisor then accompanied her to make a police report.

The man pleaded guilty to two counts of assault occasioning actual bodily harm and was found guilty of two counts of rape by a jury’s unanimous verdict in July. He had no prior convictions.

The court heard the man started cohabiting with his girlfriend’s family in 2017 and they were later joined by X, after she had aged out of the care home she was living in.

The girl’s biological younger sister saw the man as her father, but X had a poor relationship with him as he often scolded and hit her.

When the man first raped X, she protested and warned that she would tell her mother.

Instead of stopping, he replied: “Let’s see if you’ll say anything when I’m done with hitting you.”

Out of fear and believing that her mother would take her boyfriend’s side over hers, X kept quiet about the two instances of rape.

She had since moved out of the family flat. 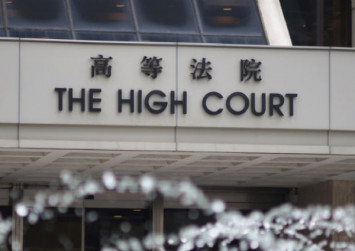 A victim’s impact assessment indicated that X suffered from low mood, poor appetite, nightmares and flashbacks. But the court heard she declined the recommended psychological treatment after showing some improvement.

Meanwhile, the man said he regretted the corporal punishment but maintained that he did not rape X, suggesting that she had framed him.

According to a background report, the man was a divorcee with three failed marriages and had fathered two sons and a daughter, who was born out of wedlock with X’s mother.

Deputy High Court Judge Anna Lai Yuen Kee said the defendant had a duty to protect and provide a safe environment for his girlfriend’s children since he was akin to their stepfather, but that he had seriously breached the trust placed on him in violating X to satisfy his selfish desires.

“Not only did he fail to reflect on his beastly behaviour, he regarded X as a target for venting his frustrations,” the judge said.

Lai added that it was only fortunate that X was not impregnated or infected with any sexually transmitted disease, and that she appeared to be able to lead a normal life.

The man was jailed for 10 years for rape, plus another six weeks on the assault charges.

Rape is punishable by life in prison.