Tang Lung-wai (right), 49, has been behind bars in the Philippines for 20 years.

A Hong Kong man serving a 40-year sentence in the Philippines for drug possession has lost his final appeal against his conviction in a case that drew the involvement of the financial hub’s leader on his behalf.

Tang Lung-wai, 49, has been behind bars in the Philippines for 20 years. He entered the country as a tourist in June 2000 to meet a friend but was arrested the next month for a drug offence.

During the prosecution, the court heard Manila police had monitored his movements from June 1-12, 2000.

But Hong Kong immigration authorities, acting after Lam sent her letter, gave the Chinese embassy in the Philippines records showing he entered the country on June 19. Tang was arrested weeks later on July 18. 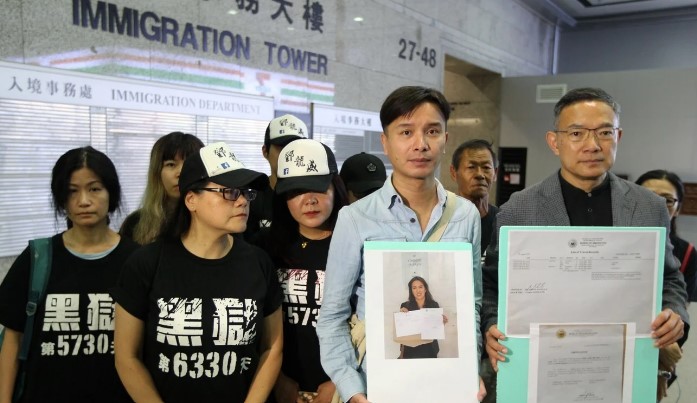 Legislator Paul Tse Wai-chun, who has been helping Tang and his family, confirmed the Court of Appeals denied Tang’s bid on Friday in a roughly 10-page judgment. Tse said he would study the decision before taking the next step in accordance with Tang’s wishes.

“Final means final,” he said. “We cannot appeal any more, but I will explore every possibility to help him, such as presidential pardon. It is not easy, but it is worth a try.”

One option was to transfer Tang back to Hong Kong to serve out the remainder of his sentence, Tse said, pointing to the Transfer of Sentenced Persons Agreement the two jurisdiction’s signed nearly 20 years ago.

Tse added the Court of Appeals had considered Tang’s immigration record but stated in the judgment the evidence displayed only a “minor discrepancy”.

The case took 11 years to make its way through the legal system and he was eventually found guilty of possessing 8kg of crystal methamphetamine, or Ice.