A Hong Kong man who raped his domestic helper and was exposed because the woman kept a sample of his semen as evidence was jailed for 11 years on Tuesday.

Tsang, 55, molested the 27-year-old helper on two occasions before raping her twice - all in the space of two weeks after the helper, referred to as X in court, started working at his home on December 10, 2017. The first sexual assault took place the day she arrived.

"You have violated the responsibility an employer is expected to have," Li said, adding that a long sentence was needed, because public abhorrence at the crime demanded a deterrent. 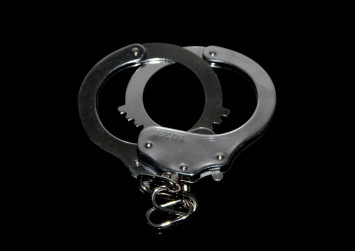 The judge also said the sentence did justice to the ordeal suffered by the victim, who was left with post-traumatic stress disorder.

An unemployed father of a teenage girl, Tsang sat calmly in the dock as Li passed sentence, a stark contrast to the emotion he showed when he was found guilty in late January of two counts of indecent assault and two of rape.

On that occasion, he banged his head against a table and sobbed when he heard the four majority verdicts against him, after the jury had rejected his version of events, in which he said X had led him on.

The court heard during the trial that after X's arrival, Tsang barged into her room that night to run his hand over her head and thigh.

Another incident ensued before Tsang dragged her to his room and raped her for the first time on December 19. The court heard earlier that she did not report it to the police for fear of losing her job.

The next day, Tsang raped her again while she was washing the dishes in the kitchen.

The court heard that X put Tsang's semen in her underwear to preserve the evidence and went later that day to the Indonesian consulate, which contacted police.

Tsang contended that X had seduced him, saying he "just played along with her move", a defence that was rejected by the jury.