Hong Kong's pilots are on the brink of civil war as rank-and-file union members seek to sack their leaders following the overwhelming rejection of an offer from Cathay Pacific managers to settle a long-standing industrial dispute.

Pilots have rushed out proposals since Friday to oust their representatives at the Hong Kong Aircrew Officers Association after a solution to end the dispute was voted down.

The jockeying for influence comes despite calls for unity inside the organisation. Much of the blame has been laid at the feet of negotiators responsible for extracting an offer from the airline.

Some 78 per cent of pilots rejected the offer, with a turnout of 96 per cent, making the likelihood greater of a change at the top. It was the second time pilots had canned an offer, but the margin of rejection was much greater this time. In 2016 a deal was voted down by only a narrow gap. A total of 2,276 pilots voted on the latest offer. 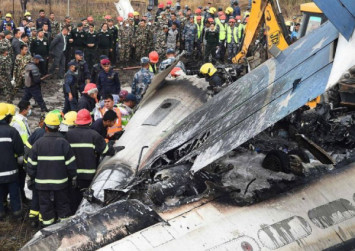 A pilot who declined to be named said: "There are currently 11 motions put forth by a group of pilots that will remove the current union leadership and change some of union policy, and unite the pilot group moving forward for any future negotiations.

"Those 11 motions were put forward immediately after the 'no' result came out, and are sign that a wide variety of pilots back them ... I think the current sentiment is that this 'no' vote will actually help unify the pilot group and stop the company bullying us."

A motion must obtain 100 signatures to ensure it is put to a final vote among the entire union membership. It was unclear when the motions would be voted on.

Chris Beebe, general secretary of the association, declined to comment when asked about a motion to remove the chairman and executive leadership.

Another motion accuses the general secretary, chairman and unnamed others of spying on the voting process among pilots and it requests an independent party handle future polls.

"All I can add for you is that the pilots have spoken very definitively in terms of this proposal by the company. I'm afraid that is all I have for you at this point," he said.

In a sign that current methods of negotiation with the airline's management were not working, one of the motions suggests opting for a different - and possibly more robust - tactic.

But some pilots have declined to back the efforts to remove the leadership and committee involved in the wrangling. Others have suggested a fresh election. 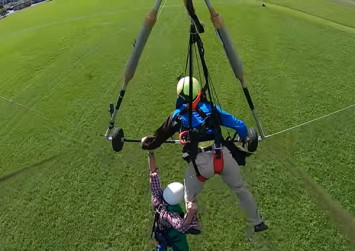 Cathay has had a fraught relationship with its pilots for years since the sacking of 49 cockpit crew in 2001.

The latest bout of ill feeling began in 2014. The Hong Kong carrier has since been forced to back down on cuts to expensive housing contracts, which it had proposed as a pillar of its cost-saving plans.

Rejected wholesale by the union in the latest vote was an offer of an extension for the most experienced pilots to a HK$900 million (S$155 million) housing package - worth up to HK$110,100 a month - until September 2029.

But the rejection highlights a divide in the union, which could play into the hands of airline management as the company works through an ongoing restructuring exercise.

Airline expert Geoffrey Cheng, deputy head of research at Bocom International, concluded that the discontent would be beneficial to Cathay. As long as the industrial dispute dragged on, it would be a "good strategy by Cathay Pacific to divide and conquer", he said.

"Crack the union, blame the old pilots … Young ones are lower cost."

Savings from slashing expenditure on pilots form a key part of the airline's three-year cost-cutting efforts, which end this year, to direct the business back to profitability. The airline had wanted to cut HK$4 billion in costs by this year, with HK$1 billion - or 10 per cent - of pilot costs trimmed.

Cathay has lost money two years in a row, but is expected to post a small profit for 2018 when its financial report is released next month.