The incident at Leung Shek Chee College in Kwun Tong has sparked outrage.

A male teacher in Hong Kong has resigned after being caught watching a pornographic video in class and inadvertently exposing his students to indecent images on a screen, the girls’ school involved has confirmed.

Leung Shek Chee College in Kwun Tong also revealed on Friday that it had reported the incident to the Education Bureau and a police community relations officer.

The government-subsidised secondary school said in a statement that it had received a report last Friday that the teacher had been found watching adult videos during class, with the images accidentally projected onto an electronic screen and seen by students.

The school said it suspended the teacher on Monday. He admitted his behaviour to the principal and tendered his resignation with immediate effect the same day, the school said, giving the teacher’s surname as Chiu.

It said it had provided counselling and other support to the students and told their parents about the incident.

“The school attaches great importance to the professional conduct of its teachers, and regards it a primary mission to protect the well-being of the students,” it said.

In a reply to Post inquiries, a bureau spokesman said the authorities had received a complaint about the incident, and would continue to follow up on it, despite the teacher having resigned.

He said the school had been urged to conduct a thorough investigation and was required to submit a report, while the bureau would also collect information itself before taking action. 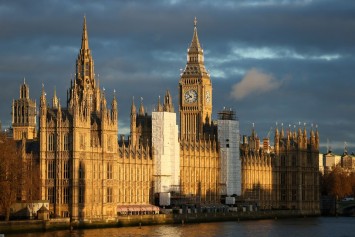 The incident was first exposed by anonymous posts on social media.

According to the posts, the teacher was playing the videos on his mobile phone while the students were doing dictation, and he was unaware the images were being shared to the classroom screen, where they were played for five minutes. The teacher allegedly asked the students later not to discuss it online to protect the school’s reputation.

The incident sparked an outcry, with many people, including Leung Shek Chee College students, condemning the teacher’s behaviour as well as calling on the school to handle the incident properly.

“The behaviour of this teacher was contradictory to a teacher’s responsibilities,” wrote one internet user who claimed to be a student of the school. “I sincerely hope the school will address this incident carefully.”

The Hong Kong Federation of Education Workers also condemned the incident and urged the authorities to investigate it thoroughly and revoke the man’s qualifications for teaching if it was found to be true.

Ricky Chu Man-kin, chairman of the Equal Opportunities Commission, said the teacher’s alleged act might be in breach of sexual harassment clauses under the Sex Discrimination Ordinance.

Sexual harassment, according to the ordinance, includes any unwelcome sexual behaviour or conduct, or behaviour creating a sexually hostile or intimidating environment such as displaying pornographic photos or videos within eyeshot of other staff or students on school premises.

“Sexual harassment between teaching staff and students, or between students, is unlawful,” Chu warned.

He said schools had to take reasonably practicable steps to prevent sexual harassment, including formulating and promoting a policy on preventing it, and organising seminars and training activities to raise the awareness of students and staff. Schools might otherwise be held vicariously liable under certain circumstances, no matter whether they were aware of sexual harassment incidents or not.

Police said their Sau Mau Ping division community relations office had approached the school after learning about the incident on Thursday, and was following up along with the child abuse investigation unit of the force’s Kowloon East regional headquarters.