Several Hong Kong teachers and pupils have been punished after being involved in bullying the children of police officers, education authorities revealed on Wednesday.

The Education Bureau said it had investigated 25 suspected cases of this type of bullying since widespread anti-government protests erupted in June last year, and had taken action on complaints that were substantiated.

Secretary for Education Kevin Yeung Yun-hung told lawmakers the government had a “zero-tolerance” approach, and teachers found to be bullying pupils could be deregistered as the most serious form of punishment.

Responding to a lawmaker’s question during a Legislative Council meeting, Yeung said most of the 25 reports were related to bullying among pupils, and at least one involved cyberbullying.

He added the reports were either directly received by the bureau or through an existing reporting mechanism between the police force and the bureau.

“The bureau has been adopting a zero-tolerance policy on any act of discrimination, bullying and violence in schools,” said Yeung. “For complaints substantiated after investigations, the schools have taken disciplinary action against the teachers or students involved.”

He did not provide a breakdown on the nature of the bullying or the respective actions taken.

One of the complaints lodged to the government included a police officer who said her Form Five son was bullied after his schoolmates found out both she and her husband were involved in protest-related operations, according to the June issue of the force’s newsletter, OffBeat.

The officer, referred to by the pseudonym “Cheung”, said her son had started to avoid going to school in September last year, and told her he would take care of it when she asked him if he was being bullied.

“My son was facing constant harassment, and things even got physical,” she told OffBeat. “There was once when they drove him to hide himself in the bathroom, it had even crossed his mind to jump out of the window in a bid to protest against them with blood.”

Cheung said she had eventually decided to send her son to study in mainland China to provide him with “a safe learning environment” where he was already able to fit in and make new friends.

During the Legco meeting, Yeung was repeatedly pressed by pro-establishment lawmakers to disclose the names and schools of teachers involved in protest-related misconduct, a call that former city leader Leung Chun-ying has been making for weeks.

Education authorities received 247 misconduct complaints between June last year and August this year, including one against a primary school teacher who was controversially stripped of his registration earlier this month over disputed accusations he was “promoting pro-independence messages in class”. 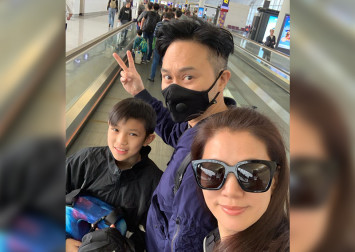 A group founded by Leung, now a vice-chairman of China’s top political advisory body, applied to the High Court last month seeking a judicial review over the matter, after the bureau declined to publicise the details.

The former chief executive has also called for the bureau to reform its existing procedures in handling complaints related to teachers’ professional conduct, suggesting the city should follow Britain’s Teaching Regulation Agency, which published the names of teachers under investigation.

But opposition lawmaker Ip Kin-yuen, of the Professional Teachers’ Union, pointed out that Britain’s example also meant a fair hearing mechanism for the cases, and not handling complaints made anonymously, which differed from Hong Kong’s system.

Yeung said as there were different practices in different regions and countries, the government could not “simply transplant part of their system to Hong Kong”.