Over half of the children’s crayons recently tested by Hong Kong’s consumer watchdog were found to contain traces of harmful petroleum derivatives that can cause rashes or allergic reactions with prolonged skin contact, while three exceeded European safety standards.

The Customs and Excise Department said it would follow up on those the Consumer Council identified as being below European standards in its latest findings, released on Monday.

Eight of the 12 crayon models contained one to four types of polycyclic aromatic hydrocarbon (PAH), a potentially harmful substance derived from petroleum, the main ingredient used in crayons.

However, Faber-Castell’s distributor said its products had undergone strict testing and met the criteria set out by Germany’s GS Mark Standards.

The distributor of Caran d’Ache goods, meanwhile, said the products used in the test had been discontinued in 2013, adding the company had since upgraded its products to meet the new European Union standards.

Nora Tam Fung Yee, chairwoman of the Consumer Council’s research and testing committee, said parents should pay attention when children are working on art projects, as they may rub their eyes or face while their hands had residue from crayons and paints.

“With this in mind, in addition to selecting suitable children’s art supplies with care, parents should also pay heed to the way their children use the materials and make sure they wash their hands thoroughly after use, to reduce the risk of ingesting harmful substances,” Tam said.

She also reminded parents to consider purchasing crayons with a plastic coating to reduce direct contact with the crayon.

Ten out of the 19 items tested showed evidence of toxic metals migration, but only three surpassed the updated EU Toy Safety Directive that took effect in May 2021, which states the aluminium migration level should not exceed 2,250 parts per million. 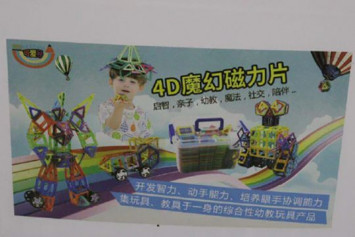 The blue crayon among a box of 10 colours from the brand Caran d’Arche had aluminium migration levels of 33,000 parts per million, five times higher than the allowable limit of 5,625 parts per million.

An eight-piece set from US-produced Crayola’s Washable Tripod Grip Crayons and a 12-piece set from Japanese brand Pentel also slightly exceeded the aluminium migration level. Crayola’s distributor said its products met the safety requirement in the US and Canada and were allowed to be sold in Hong Kong.

For finger paints, the European Union’s Toy Safety Directive requires manufacturers to add embittering agents so children would spit out the paint if they put it in their mouths, but four samples in the watchdog‘s test lacked that ingredient.

No toxic impurities or nitrosamine, a carcinogenic substance, were found among the seven finger paints tested.