A 75-year-old woman in Hong Kong with a history of chronic illnesses stopped breathing less than two minutes after a private house call by a doctor to treat her complaints of constipation, stomachache and poor appetite, an inquest heard on Tuesday.

The Coroner's Court was told Lai Loi-heung's doctor then wrote medical reports stating her name and gender wrongly, misspelling her medication and omitting information that included his recommendations.

When confronted by her family, Dr Szeto King-ho apologised for what he described as silly mistakes in documentation. But he insisted it was Lai's family who ignored his advice for her to go to the hospital, demanding instead for immediate treatment.

The private doctor from Hong Kong Emergency Medicine Centre was testifying at the inquest into Lai's death on March 23, 2016. An autopsy found that she had died of pneumonia.

Dr Jane Chan Chun-kwong, who had been treating Lai since 2012, said the deceased was diagnosed with bronchiectasis - a long-term condition in which lung airways abnormally widen and become prone to infection - during her first consultation.

Lai later suffered a urinary tract infection in 2015 and was required to remove kidney stones the following year. Her daughter, Carrie Kong Chee-han, further revealed that Lai had rheumatoid arthritis since 2010 and had been constantly coughing since 2014.

On March 23, Kong recalled, her mother complained of constipation and wanted to go to the Hong Kong Sanatorium & Hospital in Happy Valley for treatment. 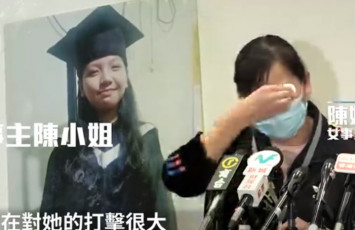 Kong then went online to search for an ambulance and found the centre's services, but was told its vehicle had been deployed to pick up a case on mainland China and would not return until after 6pm. The night service fee would be HK$10,000 (S$1,736), so she agreed instead to a house call by a doctor.

When Szeto arrived at their Tseung Kwan O flat at 4.30pm, Kong said, the doctor reviewed Lai's medical history, administered an anti-vomiting injection and prescribed nine types of medication at a total cost of HK$3,800.

Kong found it strange that her mother had fallen asleep during the consultation but thought it was a side effect of the medication, which she was told would help Lai empty her bowels by 9pm.

She was then advised to call the centre again or go to the hospital the following morning if her mother continued to feel unwell.

"The doctor was next to me so I lowered my guard," Kong said.

But when she followed Szeto's instructions to turn on the heater - for her mother's cold limbs - and prepare nutrition powder one to two minutes after he had left, she realised that Lai had stopped breathing.

The family immediately called emergency services at 5.10pm. Lai was picked up by an ambulance at 5.22pm and sent to Tseung Kwan O Hospital, where she was certified dead at 7.13pm.

Szeto said he had recommended that Lai be sent to hospital immediately because her condition was serious and not treatable at home. But he claimed that the family had firmly refused treatment at public hospitals so he agreed to offer medication instead.

He also said Lai had been responsive during his hour-long consultation, which concluded at 5.30pm.

The court, however, observed that Szeto's medical reports had recorded Lai as a stable "male" patient named "Lai Loi-hong" with "no no fever" and good vital signs during the consultation on "September 9, 2016".

There was also no mention of his hospital recommendation for Lai.

The many errors and discrepancies prompted Coroner Wong Wai-kuen to question: "Dr Szeto, which patient did you actually attend to?"

Szeto replied that the mistakes were introduced when nurses were transcribing his handwritten notes and blamed the computer.

The inquest continues on Wednesday.

This article was first posted in South China Morning Post.