Chu Tsin-pu impressed viewers with her strength and resolute spirit.

A young Hong Kong woman's Cinderella story has captured the hearts of mainland Chinese TV viewers after she snagged her own Prince Charming on a popular TV dating show.

Chu Tsin-pui, who has been described as the "Lara Croft of Hong Kong" and "the prettiest porter" in the city, had to start work at a young age after her father's business failed and has spent years carrying heavy loads.

But her star started to rise after footage of her at work started to go viral online.

Her fans praised her hard-working and never-say-die attitude as representing the true spirit of Hong Kong, traits that landed her advertising contracts with well-known international brands such as CAT footwear and an appearance on the popular Jiangsu TV show New Chinese Dating Time.

Read Also
Real-life 50 First Dates: Man makes girlfriend fall in love with him every day after she suffers amnesia in accident 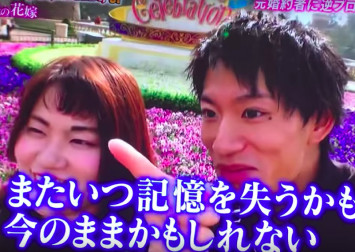 The show's format allows parents to question and select a potential partner for their child and Chu's tough day job initially counted against her.

Several parents rejected her on account of her humble background and in the next round, where contestants are allowed to meet their potential suitors face-to-face, she also faced questions such as "I worked as a porter before, but I would not say that I like the job,", "I don't understand her choice of work" or "can't she change her job?"

However, Chu's good looks and strong personality had clearly won over many members of the audience.

Her strength and determination, which many viewers saw as typical of Hong Kong's character, helped her stand out in contrast to her more traditional and demure competitors.

A video about her life - in which she said she was "happy and free" in her work and wanted a partner who would respect her for working hard - won a lengthy round of applause from the audience.

One of the participants on the show, Rong Disheng, 35, a broadcaster from China Radio International, clearly agreed and asked her to go on a date with him, saying she had a tough soul inside a beautiful appearance.

He said that if things worked out between them he would be able to give her a better life than she enjoyed before.

Chu has been a working as a porter since she was 19. Before that, she had tried her hand at various jobs including office work and in hotels and restaurants.

Every day she has to deliver up to eight tonnes of goods to multiple locations across the city, carrying as much as 90kg (200lb) a time. She said she had been forced to start working to support her family after her father's business failed, but did not want a job that forced her to suppress her personality so the independence her current job allows suited her fine. 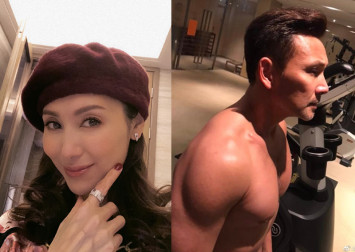 The host of the show Meng Fei was touched by her story and said her positive attitude showed young people that they could follow all sorts of different paths in life.

Whether Chu's rags to riches story really does have a fairy tale ending remains to be seen. Viewers are still eagerly waiting to see how her date with Rong pans outs, but it is clear that she has won many more admirers not just for her looks but also her character.

As one social media user put it: "I fell in love with her after watching the episode. She is just so cool and she doesn't complain about the tough life [she is having] and just keeps going."