Hongkonger dies after falling from roof while carrying out repair works

The man was taken to Alice Ho Miu Ling Nethersole Hospital in Tai Po, where he was later pronounced dead.

A 65-year-old man fell to his death from the roof of a three-storey house in a New Territories village while carrying out repair work on Tuesday.

The man was up on the roof working on an external wall of his home in San Uk Ka Tsuen off Wun Yiu Road in Tai Po shortly before 12.30pm when the incident happened.

His 58-year-old wife called police and emergency services were sent to the house. Officers said the woman heard a loud bang and then found her husband lying unconscious outside the house.

He was taken to Alice Ho Miu Ling Nethersole Hospital in Tai Po, where he was later certified dead. 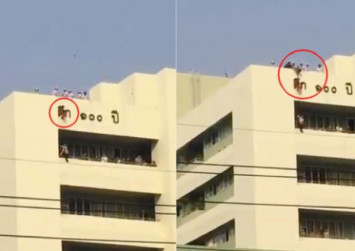 A police spokesman said an initial investigation showed the man accidentally fell off the roof and there were no suspicious circumstances. He said an autopsy would be carried out.