Hongkonger, an ex-CIA officer, pleads guilty to spying for China

Jerry Chun Shing Lee is one of three former intelligence officers accused of spying for China in the past two years.

A former US intelligence officer pleaded guilty on Wednesday to charges of conspiring to deliver top secret national defence information to China and unlawful retention of classified information.

Jerry Chun Shing Lee was expected to go to trial in federal court this week in Alexandria, Virginia, but a hearing to change his plea was held before US District Judge T.S. Ellis III, who could sentence Lee to a maximum penalty of life in prison.

"I conspired to gather and send secret-level information to the government of the PRC," Lee told Ellis at the end of Wednesday's hearing, using the initials for the People's Republic of China.

Lee acknowledged lying to officials of the US Central Intelligence Agency about the nature of his contacts with agents of China's Ministry of State Security (MSS), the country's CIA counterpart, during a series of interviews with his former employer between 2012 and 2018. Lee was a CIA officer between 1994 and 2007.

A plea agreement struck by the defendant with the government sets the recommended sentence at around 20 years in prison, although Judge Ellis is not bound to accept that advice. The deal also drops two of the three charges against Lee, including that for his retention of classified CIA information after his employment there.

While Lee's contact with MSS agents started shortly before a reported death or imprisonment of 18 to 20 informants the US government had in China, neither Wednesday's hearing nor case documents connect Lee to the loss of these intelligence sources.

The New York Times reported in 2017 that the first signs of trouble that led to the dismantling of the US spy network in China surfaced in 2010. The FBI and the CIA then opened a joint investigation.

Lee is one of three former intelligence officers accused of spying for China in separate cases over the past two years.

Former CIA and Defence Intelligence Agency (DIA) officer Kevin Mallory was found guilty at a trial last year. His sentencing is scheduled for later this month.

China is alleged to have given Hong Kong-born Lee a cash gift of US$100,000 (S$136,071) and promised it would "take care of him for life", according to the indictment against him. 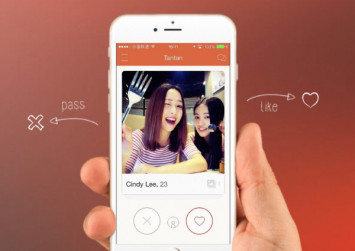 In Wednesday's hearing, assistant US attorney Neil Hammerstrom described a series of false statements Lee gave to CIA officials about the nature of his contacts with Chinese agents, including details about how he met them.

Lee told CIA officials that he had stopped travelling to China in 2010 to cut off contact with MSS agents, who approached him at a conference in Shenzhen that year.

However, the CIA's investigation found that Lee met the agents at a business dinner, and that the defendant travelled back to Shenzhen at least twice over the next two years, conclusions that Lee acknowledged as part of his plea agreement.

The probe connected payments made to an HSBC account the defendant opened in Hong Kong to classified information Lee intended to give to the Chinese agents, including a cash deposit of HK$138,000 (S$23,935) made shortly after Lee started his contact with them.

That was "the first of hundreds of thousands of dollars in cash deposits Lee made" until December 2013, according to court documents.

The evidence against Lee also included files found to have been deleted from a thumbnail drive retrieved from a hotel room Lee booked in Honolulu, Hawaii in a court authorised search conducted in 2013.

The files, deleted from the drive by Lee but recovered through an examination of the device, included information about "sensitive CIA operations overseas", Hammerstrom said.

Lee said in Wednesday's hearing that he became a US citizen in 1985. He received a bachelor's degree in international business and a master's degree in human resource management from Hawai'i Pacific University, according to his testimony.

Sentencing for Lee is scheduled for August 23.