When Andy Li heard that Chinese health authorities had listed an HIV/Aids drug combination as a treatment for coronavirus patients, he knew he had to act.

Li, who works for his family's building materials company in Zhengzhou in central Henan province, is HIV-positive and the founder of a non-profit online drug distribution platform that enables fellow HIV carriers to share their leftover drugs with others when they run short.

Among the medications offered on the platform is a combination of lopinavir and ritonavir sold under the brand names Kaletra and Aluvia.

But Li said that some people did not take the medication because of side effects such as diarrhoea, and those who could afford it paid for other medicines out of their own pocket. Li's platform allows these people to give their unused drugs to others for free.

On Jan 27, China's National Health Commission released a clinical guideline saying that Kaletra was recommended as a treatment for mild cases of Covid-19 - the disease caused by the new coronavirus that has infected nearly 80,000 people and killed more than 2,500.

The next day, Li wrote on the Twitter-like service Weibo that he could send Kaletra pills to coronavirus patients for free.

He said he felt a common bond with those who came down with the disease and felt a responsibility to help them.

"As an HIV carrier, I empathise with them. I can understand their helplessness, fear and loneliness," Li said.

In the first few weeks after the announcement, requests from coronavirus patients flooded.

At the time, many people confirmed with the disease were not admitted by hospitals but still needed the medication. But it was also in short supply even for many who did get a hospital bed, according to Li.

"I expected there would be problems with supplies of Kaletra in many hospitals because they are not designated hospitals for HIV patients and don't have this drug in stock," Li said.

"The demand has dropped recently as the situation has improved and hospital operations in Wuhan and other cities have become less chaotic." 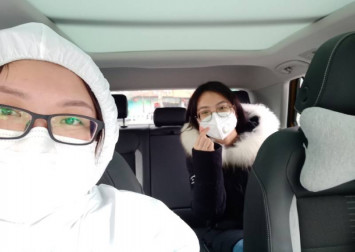 Over the weeks, Li and a team of five volunteers, took the orders, collected the medications from other people in the HIV-positive community and sent them off to the recipients. The volunteers include a doctor who is responsible for checking that the drug applicant's need is genuine.

"People with HIV responded warmly to my call for donations of the drug," he said. "We feel it is meaningful because the timely delivery of Kaletra to coronavirus patients could help cure their disease and reduce the number of people whose symptoms progressed from mild to serious."

At first, Li sent patients 60 pills each because the guideline in January stipulated that patients should take Kaletra twice a day, two pills at a time, but without saying how long it should be taken.

After the health commission updated the clinical guideline on Feb 19 that patients should take the medication for no more than 10 days, Li cut back the number to 40 pills per patient.

So far, about 220 people have received the drugs.

Li said patients needed a hospital document to show that they had the virus and a doctor's prescription to qualify for a shipment. He also said he asked each applicant to sign a letter taking all responsibility for any adverse effects of the drug.

But he is aware that there is still a risk of being sued if a recipient develops side effects.

A conviction for distributing drugs without a licence can also attract a sentence of up to five years in jail.

"It's my style - I won't hold back from doing something even if I see a risk," Li said.

Read Also
This made my day: Woman gives out ginger tea with surgical masks – and other kind acts during virus outbreak 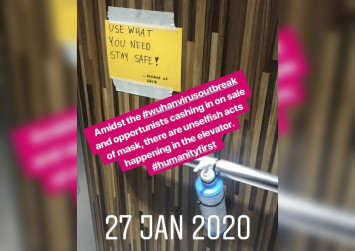 In the meantime, the commission is collecting data from clinical trials of various treatments for the coronavirus, including the use of Kaletra.

However, a Shanghai-based infectious disease doctor said she was surprised that the authorities had not intervened in the platform's activities because Li did not appear to have a licence to distribute drugs.

"He is not a medical professional so he cannot guarantee each person gets the treatment they need and cannot guarantee that they are taking the drug in a safe way," the doctor said, declining to be named.

She said that medication might not be effective if not taken as designed.

Li said that so far no government department had sought to put a stop to the activity, which he said was motivated by good intentions.

"If my actions can change public prejudice against HIV-positive people, that's good. But from the start, my goal has been just to help people."